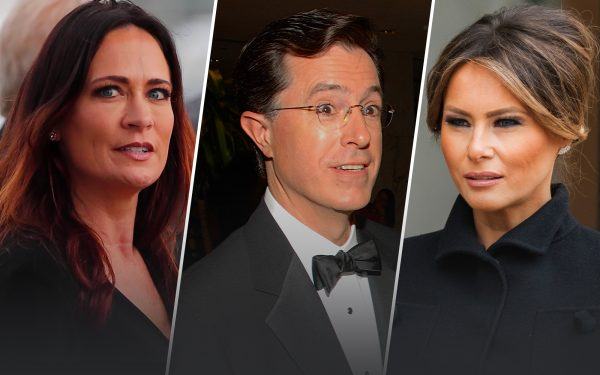 In a desperate quest for ratings, late-night host Stephen Colbert is taking cheap shots at Melania Trump yet again.

The washed-up comedian turned this thoughtful message into an opportunity to mock the first lady by stating that Melania “really relates to Dr. King’s message, especially the part about wanting to be free at last. It’s what I heard.”

RELATED: Trump Shuts Jim Acosta Down in the Oval Office [4]

“Here we go again — an irrelevant late-night talk show host mocking the first lady when her main focus is serving the American people,” Grisham told the Daily Caller. “His comments were disgraceful and certainly not original, but that doesn’t seem to matter when you’re hurting for ratings.” [Washington Examiner [5]]

Well, Grisham certainly nailed that one and Colbert should definitely think twice before mocking our amazing First Lady.

This piece originally appeared on WayneDupree.com [7] and is used by permission.