The author, a member of a conservation-minded crew, explains why she's participating in a 2020 feat of resilience, endurance — and promise

An all-female team that I am part of, known as the One Ocean Crew, is planning to take part in a not-very-well-known feat of resilience and strength next December — to row a boat unsupported across the Atlantic Ocean.

It’s called the Talisker Whisky Atlantic Challenge — and it began in 1997 as the Atlantic Rowing Challenge.

A race like this takes anywhere from 35 days to 80 days, so this is no simple matter. And while current teams are already off and rowing in this year’s December 2019 Talisker Whisky Challenge, it will actually take a full year of preparation and work for me and my three teammates to do this next year.

That preparation includes physical training as well as raising the necessary funds to pull this off — and of course, it’s all for a good cause.

We want to row to raise awareness and funds for our designated charity, the Sea Ranger Service. This social enterprise prepares unemployed youths for a maritime career through a rigorous training process led by Navy veterans.

Once qualified, the Sea Rangers help manage and implement Marine-Protected Areas. These protected zones — which are like the national parks of the ocean — give this enormous body of water the space to recover.

So where will we be rowing? The original route of this challenge spanned from Tenerife in the Canary Islands to Barbados; it consisted exclusively of two-person teams.

Then, in 2012, Talisker Whisky, a Scottish distillery, took over the race. It’s now grown with the challenge and is routed from La Gomera to Antigua. It hosts teams ranging from soloists to five-person crews.

Our team for December of 2020 consists of myself from the U.S. — as well as Jen Cullom and Natalie Hart from the United Kingdom, and Jolita Rukaityte, a Lithuanian.

MORE NEWS: WATCH: Portland cops arresting female rioter get asked if female cop is there for pat-down: Male cop replies, ‘How do you know that I don’t identify as female?’

We’ll be making the 3,000-mile journey rowing in two-hour rotations, 24-hours a day, for the four-to-six-week journey across the Atlantic.

Let me share a little of the background of each of us.

Jen Cullom works with Great Britain hockey, supporting the athletes in their trip to the Tokyo Olympics in 2020; she’s previously worked with elites from a number of sports. Last year she completed a master’s degree and set up JC Physio & Pilates, which provides physiotherapy and Pilates in her local area. Previously she rowed for six years — and raced at the Henley Women’s Regatta. She also competed in the Boston Rowing Marathon.

Natalie Hart specializes in conflict and post-conflict environments. She’s worked extensively across the Middle East and North Africa, including three years in Iraq. She’s also spent time spent living in Syria, Afghanistan and Tunisia. This year she set her sights on the ocean as a communications consultant on ocean protection issues and communications lead for the Marine CoLABoration. She has sailed the Atlantic in one direction — and is now eager to row the opposite way with her teammates.

Jolita Rukaityte, originally from Lithuania, will be moving to the U.K. from her current home in the Netherlands to train and take part in this race. She’s always been driven to experience the unknown: She backpacked for a year through Asia and South America and has enjoyed countless hikes, surfing and mountain climbing. Her highlights include a week spent in the Gobi Desert, volunteering in North Mongolia — and reaching 5,000 miles on a two-day bike trip across volcanic peaks in Ecuador.

As for me — yes, I’m on the only American on this team! I’m an accomplished extreme athlete and completed a number of international endurance races. I’ll be moving to the U.K. myself beginning in May 2020 to start training with my team.

We four found each other online, through an adventurers site. We’re all single, in our 30s — and have bonded over the desire for a challenging and meaningful excursion like this.

Over the six-week time period it will take our One Ocean Crew to row across the Atlantic, we’ll face sleep deprivation, rigorous physical exertion, and the extremes of the high seas. It’s why we need a long preparation time — though we’re no strangers to adversity and challenge.

We’re each bringing our own level of resilience to the team.

With one full year to go until we set out, our team — all while holding full-time jobs — is also working diligently to raise roughly $175,000 to cover the cost of our equipment, supplies and entrance to the race.

Once we’ve completed our challenge, we’ll be donating the proceeds from the sale of our vessel — along with any equipment — to the Sea Ranger Service.

It’s tremendously important to be part of something greater than ourselves. Endurance racing is a very selfish and time-consuming sport – so our goal of raising awareness about oceanic preservation and the Sea Rangers gives an extra layer of motivation to our journey.

All four of us know that the ocean calms us, energizes us, inspires us and fills us with awe. We also know it generates half of the oxygen we breathe and provides sustenance and livelihoods for people across the world. We want to increase awareness and understanding of why the ocean matters to the health of our planet and humankind — and we want to provide a platform for everyone to tell the story of why the ocean matters to them.

To find out more about our team and our cause, please visit www.OneOceanCrew.org. 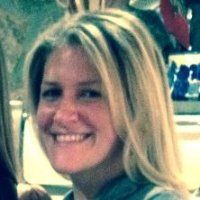 Leah Mink, based in Connecticut, has always had a passion for endurance, travel and the outdoors. She began as a marathoner, then completed a biathlon in the Highlands of Scotland, a half-Ironman triathlon on Phuket Thailand, a full Ironman in Mont Tremblant, Canada, and a self-supported crossing of the Atacama desert in Chile. She's especially eager to be part of the One Ocean crew team to cross the Atlantic and help bring more awareness to preserving our waters.

Black Lives Matter mob opens fire on black Wauwatosa policeman, physically assaults him at girlfriend’s home after they vandalize it