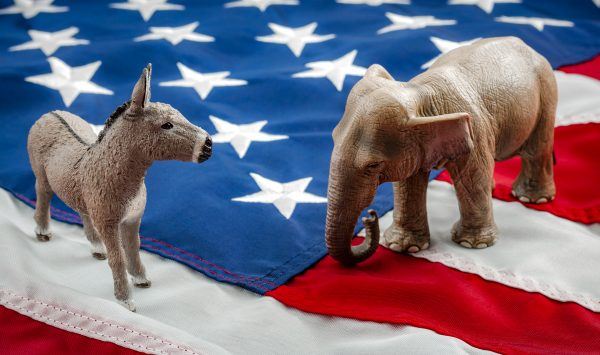 Joe Sestak, a former congressman from Pennsylvania and former U.S. Navy admiral, as well as Gov. Steve Bullock of Montana, have announced they’re dropping out of the contest for the 2020 Democratic nomination for the presidency [1].

Sestak announced his decision on Sunday.

Bullock shared his news on Monday.

Sestak commented of his withdrawal from the race, “It has been an endeavor filled with immeasurable wisdom, passions, humor and insights to, and from, the people of America.”

“I deeply appreciate the support so many of you offered,” he added, “whether by volunteering, offering financial contributions or coming to our campaign events.”

Here’s a tweet from Sestak on the decision, in which he also declared, “A moral compass for our great ship of state is the beacon most needed today.”

Thank you for this opportunity! pic.twitter.com/mW5Qdi3bhT [2]

Sestak’s candidacy was plagued from the beginning.

Much like ex-candidate and former Rep. Beto O’Rourke of Texas [4], Sestak has never been elected to anything past the House — and was running for president after an unsuccessful Senate bid.

Sestak did not raise anything even approaching enough cash to run a viable candidacy and also could not rise above low single digits in the polls.

So he had no significant presence in the Democrat presidential debates and it’s likely millions of Americans didn’t even know he was running.

Unless a candidate has a demographic advantage — such as Mayor Pete Buttigieg of South Bend, Indiana [5] — and one particular to the Dem primary process, it is difficult to advance from a much lower office to presidential contention.

In that case — as proved by former candidate Ross Perot in 1992 and of course by President Donald Trump in 2016 [6] — complete outsider status is more conducive to a run that will be taken seriously.

Bullock also tweeted about his move.

Thank you for your belief, your trust, and your support. Read my full statement here: https://t.co/eWuRmOqjlT [7]

Bullock ran as, and is considered, a moderate by Democrat standards.

This is how he has been elected and re-elected in a red state that Trump won handily in 2016.

That moderate ideological status, and that of a governor of the sparsely populated Montana, did not bode well for his Democrat primary chances this year [9] at the outset.

He was not able to overcome those disadvantages to get anywhere near the front of the pack.

Bullock said in a statement [10] as he left the race, “While there were many obstacles we could not have anticipated when entering this race, it has become clear that in this moment, I won’t be able to break through to the top tier of this still-crowded field of candidates.”

Bullock is the third western governor to depart the Dem race after John Hickenlooper of Colorado [11] and Jay Inslee of Washington do so as well.

Hickenlooper suffered many of the same handicaps as Bullock — and given Inslee’s focus on climate change, he was seen as a one-issue candidate.

There are 17 candidates still remaining in the 2020 Democrat primary race.