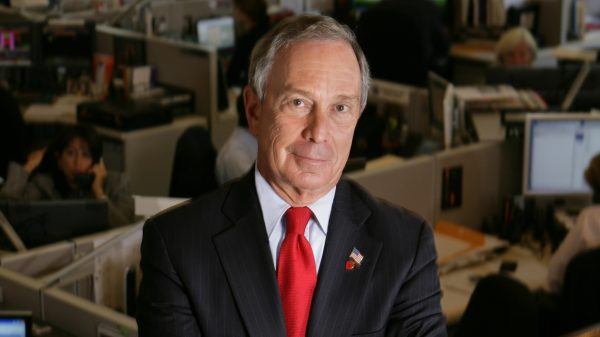 The Trump 2020 re-election campaign is banning Bloomberg News reporters from coverage of its political events and rallies.

Related: Bloomberg News: Everyone from Biden to Bernie Is Off-Limits Now, Except for Trump [1]

The announcement follows reports that Bloomberg News was refusing to investigate its billionaire owner, [1] Michael Bloomberg, or any other 2020 Democrat candidates for president.

The explicit bias was enough for Trump’s team to pull the plug.

“Bloomberg News has declared that they won’t investigate their boss or his Democrat competitors [1], many of whom are current holders of high office, but will continue critical reporting on President Trump,” campaign manager Brad Parscale wrote in a statement.

Parscale noted that most media organizations have a negative bias toward the president.

But unlike Bloomberg News, “most news organizations don’t announce their biases so publicly,” he also said.

.@parscale [2]: “Since [Bloomberg has] declared their bias openly, the Trump campaign will no longer credential representatives of Bloomberg News for rallies or other campaign events.”@TeamTrump [3] statement below ⬇️ pic.twitter.com/69ePodhTwQ [4]

Parscale also declared the campaign would consider addressing reporters on a case-by-case basis, but would not rescind the Bloomberg News ban until the organization revokes its decision to provide favorable coverage to Democrat candidates.

“This will remain the policy of the Trump campaign until Bloomberg News publicly rescinds its decision,” Parscale stated.

“We will continue our tradition of not investigating Mike (and his family and his foundation) and we will extend the same policy to his rivals in the Democratic primaries,” he wrote.

President Trump’s re-election campaign said it would bar Bloomberg News journalists from its events in an attempt to retaliate against the media outlet’s decision to not investigate Democratic candidates since its owner Michael Bloomberg joined the race https://t.co/ZM2000kDlL [6]

The Trump campaign is right to eliminate them from campaign events, in our view.

Beyond the blatant bias, there are possible campaign violations as well.

Former FEC Commissioner Hans von Spakovsky said, “If they’re not willing to do any negative stories that might come up about Mike, whereas they are about Trump, then they’re directly helping his campaign.”

“Media outlets should be independent and fair, and this decision proves that Bloomberg News is neither,” GOP Chairwoman Ronna McDaniel complained.

Even if the organization rescinds its pro-Democrat policy, does anyone honestly believe Bloomberg News will cover Trump fairly in the 2020 election?