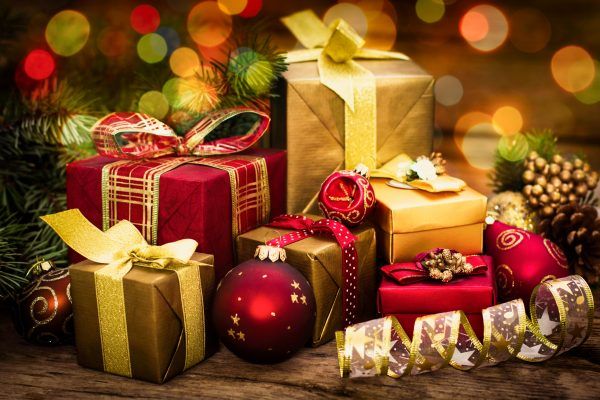 What’s the difference between having a merry Christmas [1] and becoming a Scrooge?

It may be how you decide to celebrate the holiday. Researchers have drawn some surprising conclusions about what makes us happier during the holidays.

I cringe when I see how stores bring out their holiday decorations the day after Halloween.

So I surprised myself when I got the urge to put up our holiday lights and decorations the weekend before Thanksgiving. Not only did it feel good to have it done, but the bright lights and the added warmth of red and green hues around the house lit up my mood. I felt happier.

As it turns out, there is a small body of research that applies to Christmas traditions and what makes it merrier for those who celebrate the holiday. In the United States, approximately nine in 10 people celebrate Christmas, according to Pew Research Center.

Just a little more than half of those who celebrate consider it a religious holiday.

Related: Christmas Is About Christ: Let’s Keep It That Way [1]

As we look at our December calendars, a lot of us find more to do than there is time to do it. So what does the science say will give us the best return on investment if Christmas joy is what we’re looking for?

Decorating makes more friends than enemies. It seems like every year there’s a news report about someone who’s lodged a complaint about a neighbor’s overdone Christmas lights. But tasteful decorations may boost your reputation among your neighbors.

Researchers writing for the Journal of Environmental Psychology found that people who put up outdoor Christmas decorations were perceived as more sociable and friendlier than those who chose not to decorate. That’s a recipe for holiday cheer!

Some gifts are better than money. When giving gifts to adult family and friends, giving money might leave the recipient feeling cold and inferior. You’ll usually get a warmer reception when you give a gift that shows the recipient you feel close to him or her, and consider him or her to have similar status. According to a study published in the Journal of Economic Psychology, giving money at Christmas conveys a low level of closeness and can send the wrong message about status differences.

But use caution when giving valuable gifts. People who receive gifts whose monetary worth is high relative to their annual income tend to report feeling negative emotions as a result.

That’s according to research published in the Journal of Happiness Studies by Tim Kasser and Kennon Sheldon.

Faith and family matter most. A Pew Research survey found that most Americans see the religious observance of Christmas declining. Relatively few are bothered by this decline.

But perhaps they should be concerned.

Related: How to Raise a Thankful Child [2]

Adults from 18 to 80 years old find the most Christmas happiness by making religious and family activities a priority over spending money and receiving gifts.

This is another research finding by Kasser and Sheldon, who wrote, “Secular, materialistic aspects of the holiday contributed little to Christmas joy, or were associated with less happiness and more stress and unpleasant affect.”

Creativity and gratitude are better than toys. In case you feel obligated to make sure every item on your child’s Christmas list is under the tree on Christmas Day, think again.

In Germany, child care workers experimented with taking the toys out of the nursery for three months out of the year. At first, the children didn’t know what to do, but within a few days began inventing games using tables, blankets, and shoes. They learned to play happily with each other using their imagination and creativity. Over time they saw the kids demonstrate better concentration, communication, and social skills than kids who didn’t participate in the experiment.

When I was a child unwrapping new toys on Christmas Day, my grandmother would tell me stories of how she enjoyed playing with wooden spools. The spools came from her mother after she’d used all the thread repairing old clothes and sewing new ones for her family. My grandmother knew the power of imagination and creativity.

But Grandma didn’t frown on giving toys at Christmas. She also recognized the power of gratitude and wanted me to discover it at an early age.

She reminded me to be thankful for the gifts I received, knowing I didn’t get everything I put on my list. Grandma knew what researchers wrote about in a study published in the Journal of School Psychology: Children are happier and more optimistic when they learn to count their blessings.

Jon Beaty, [3] counselor and father of two, lives near Portland, Oregon. He’s the author of the book “If You’re Not Growing, You’re Dying: 7 Habits for Thriving in Your Faith, Relationships and Work.” This article appeared earlier in LifeZette and has been updated.