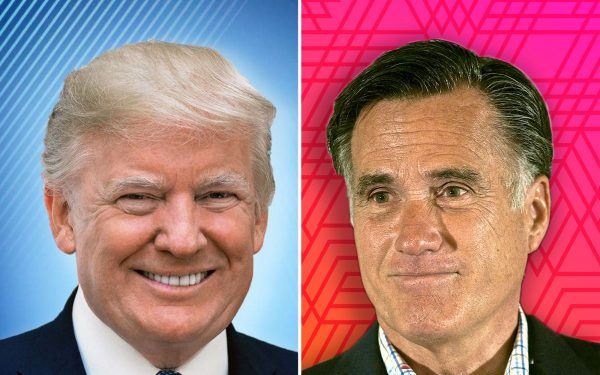 With an impeachment trial in the Senate for President Donald Trump looking all but assured, seven U.S. senators — four Republicans and three Democrats — could dramatically affect the outcome of the 45th president’s term in office.

All of the lawmakers except Sen. Susan Collins (R-Maine) are from states that voted for Trump in 2016 (though Trump did pick up one of four of Maine’s electoral votes).

These senators would affect the outcome not merely by their numbers — though the president is thought to hold a significant advantage currently in that regard.

They could affect it because of the momentum they could create with other senators, depending on the way these seven vote.

It would take raw nerve for some of them to vote against their own party — and they could pay a price at the polls by at least garnering a serious primary opponent.

Here is the smart money on which way they may vote on Trump.

The Four Republicans to Watch
1.) Mitt Romney is a very possible GOP vote for Trump’s conviction [2].

The mutual antipathy between Romney and the president is no secret.

Related: Romney Thinks He Can Bring Trump Down [2]

Romney is also smug and arrogant enough to believe he alone would be saving the republic if he voted against Trump. He may even think it would launch him into another presidential bid.

Fat chance. In conservative Utah, he would definitely pick up a primary challenge if he does vote against his party with the Dems for conviction.

2.) Susan Collins is a fence-sitter — but she is likely to vote for Trump’s acquittal if her Brett Kavanaugh vote is any indication [3].

The Dems will target her as a possible flip vote.

Liberal Maine wouldn’t make her pay too much of a price if she did vote for Trump’s conviction — but she knows how to stand up to leftist pressure. Odds are she stays with the GOP on this.

3.) Lisa Murkowski could flip for conviction. She has been very quiet of late — and that could be sign she’s preparing her defense of a vote against the president.

Alaska may not take kindly to her apostasy — and she would surely get a primary fight if she votes “aye” on conviction.

4.) Ben Sasse could go either way, but voting for a conviction of Trump would not be surprising for him.

He fancies himself a legal and constitutional scholar and has been critical of the president in the media over several issues.

He would rationalize his vote for conviction strictly on arcane legal reasoning. Nebraska would rebel and he could lose his seat over a vote against Trump.

The Three Democrats to Watch
1.) Joe Manchin likely will vote with the president because he votes with Trump more than some Republicans do.

And West Virginia is one of the most pro-Trump states in America.

He’s a relatively conservative Dem and Montana is a deep red state.

But he bucks the trend there merely by being a Democrat, so he could be willing to buck it in other ways as well.

3.) Kyrsten Sinema will likely vote for Trump’s conviction. She can be politically quirky and occasionally votes with the GOP.

However, that is probably mainly to cover her right flank in still-Republican Arizona.

It will take 67 votes out of 100 in the Senate to remove Trump from office. At present, the math is strongly in the president’s favor.

If these seven votes were to solidly go one way or another, it could be a signal to these senators’ fellow party members of which way the wind is blowing — and others could follow their lead.

Keep a close eye on these lawmakers.