After watching Howard Stern curl up in his chair and drool over failed 2016 Dem candidate Hillary Clinton like a teenage girl at a Justin Beiber meet-and-greet, it’s hard to ignore the fact that the Left is in dire need of a new candidate for 2020.

Hillary Clinton keeps hinting that she is “open” to another presidential run and that “many” people are begging her to move in that direction.

Related: Trump-Hillary Repeat in 2020? Could Be Rematch from Hades

It may be too late, but you can bet her ego has been absorbing all of this attention like a dry sponge soaking up a spilled glass of Chardonnay.

If you look at Hillary’s demeanor in the Stern interview of last Wednesday, as well as her other recent media appearances, it seems like she finally got the memo about likeability.

Shock jock Stern’s slithering partisan glee aside, Clinton appeared, in the viral interview, to be composed, thoughtful, light-hearted yet hard-hitting, even empathetic. This was a surprising side of Hillary — or rather a well-practiced version of Hillary — that many Americans have never seen before.

It’s CNN and MSNBC — two liberal media outlets — that could be secretly cooing over the possibility of a Clinton comeback, not to mention others on the Left.

One CNN analysis of the Stern interview practically called Clinton nothing less than the next Rambo.

MORE NEWS: President Trump donates a quarter of his salary to repair and restore America’s statues and monuments

In what could be billed as “Last Blood: Part 2020,” Chris Cillizza of CNN said that Hillary Clinton “drop[ped] the hammer” on Bernie Sanders, when Clinton told Stern she was hurt in 2016 by Sander’s too-little, too-late endorsement of her.

Hillary then apparently “delivered the dagger” by saying she hopes Bernie doesn’t do the same thing to the 2020 nominee.

People at the network also expressed amazement at Clinton’s “remarkable putdowns — with multiple layers,” as if her grade school-level snarkiness during the Stern interview was worthy of literary criticism. These seem to be clear talking points straight from the Democratic Party.

Anyone notice that Hillary Clinton and House Speaker Nancy Pelosi (D-Calif.), by the way, both uttered the words “I don’t hate anybody” within a 72-hour news cycle?

Clinton — in the Stern interview — appeared sweet, thankful, even self-effacing. She also has reminisced online about how much she respects former President Barack Obama while she tweets about Jay-Z and posts photos from 2016 with the rapper, all as his wife Beyonce gazes lovingly at her husband and wears an ‘I’m with Her’ T-shirt.

It seems Hillary is done, for the moment, with her angry media tirades. She either wants back in — or she’s merely enjoying all the adulation. Or both.

Behind her public bravado, she clearly kneels at the altar of fame and power — this is why she can’t just “make up her mind” about whether or not to run in 2020. That would make all the attention she’s getting vanish — or change the nature of the attention she gets entirely.

Cringeworthy, like a bad sitcom — but it does keeps you on the edge of your seat.

Related: Joe Biden’s Gaffes: How Many More Does He Have to Make Before He’s Out?

Yet Hillary Clinton will keep people waiting and wondering while the media keep hoping she comes riding in on a big, eco-friendly, zero-carbon-emission chariot to save them from former Vice President Joe Biden and all the rest of the 2020 Democrat field.

No one can predict the future. But even just a quick look at her Twitter account makes one think she’s already campaigning.

Sleepy Joe is now quite curmudgeonly and chock-full of gaffes and missteps. By contrast, amazingly, Hillary’s email scandal seems like an easier thing to discuss on “Morning Joe” than Joe Biden’s very strange “leg hair” story — and so much more from Biden.

Let’s watch how this plays out in the days, weeks and months ahead.

For Hillary Clinton, this surely isn’t about selling more books, by the way.

We can only wait and see if the media get their feminist darling back in the form of an epic rematch for the presidency. 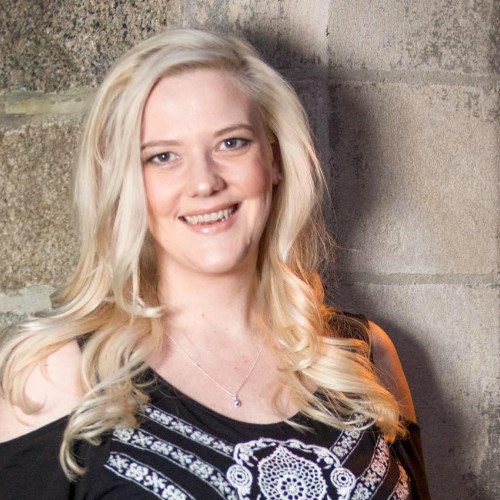 Has Biden jumped the shark?

Baker Mayfield doubles down, still plans to kneel for national anthem during NFL season despite outcry from fans