The author, a daughter of an influential rabbi, reflects on the strong example her dad set: 'Only our good deeds are with us forever'

Recently, I had the privilege of experiencing a moving memorial for my father, Rabbi Yechiel Eckstein, who passed away last February.

The Rambam Hospital in Haifa honored my father by dedicating its shock trauma unit in his name.

In doing so, the group recognized all that my father accomplished in his lifetime for the state of Israel and Jews around the world.

Now, the hospital continues his legacy of helping others by providing life-saving aid around the clock through the new unit.

Over the years, The Fellowship has contributed millions of dollars to Israeli hospitals in need of protection.

Among the Fellowship-funded projects was Rambam’s fully fortified underground hospital — the largest of its kind in the world.

Because of my father’s hard work and dedication, millions of Israelis have been blessed with better and more secure medical care, while countless Christians have had the opportunity to help those in need and become a blessing to the Jewish people and nation.

During the naming ceremony, I felt great pride as I listened to the speakers recount the many good deeds that my father did in his life: his tireless efforts, his caring nature, and his self-sacrifice on behalf of Israel’s most vulnerable citizens.

And I felt great gratitude when I thought of all of the lives that would be saved in the future in the shock trauma unit that had been dedicated in his name.

I envisioned my father smiling down from heaven knowing that those in need of urgent care would have a place to turn, 24 hours a day.

It gave me so much peace to think that even now — especially now — my father’s good deeds are with him.

The Bible tells us, “Do not be overawed when others grow rich … for they will take nothing with them when they die, their splendor will not descend with them” (Psalm 49:16–17).

We take nothing material with us when we die, but as I recognized at the memorial ceremony, there is something that accompanies us beyond this world: our good deeds.

This principle is also illustrated in the Christian Bible, in Jesus’ Sermon on the Mount, where He cautions His followers not to pursue worldly wealth, but to “store up for yourselves treasures in heaven” (Matthew 6:20).

Related: Serve God in Both the Dawn and Dusk of Our Lives

There is a story, too, that I’ve always loved.

A journalist once asked a wealthy businessman how much money he was worth. The businessman offered to show the man exactly how much he had and led the reporter to his home office.

The businessman took out a large file and produced a stack of documents and receipts from the charities that he supported.

Then he said, “These are my only true possessions. Only the money that I have given away will accompany me to the grave.”

Only our good deeds are with us forever.

As I near the end of the year of mourning for my father, I am comforted by the legacy that he left behind and the “true possessions” that he took with him — his kindness and generosity.

When I wake up every morning, no matter how challenging my day may seem, I am inspired by my father to work hard for what really matters.

I hope that his example serves as an inspiration for you, too.

May his memory be a blessing and his life’s work continue to bless others. 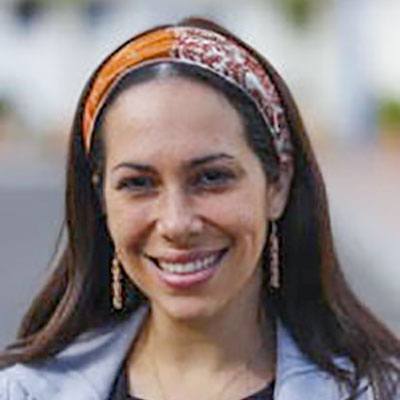