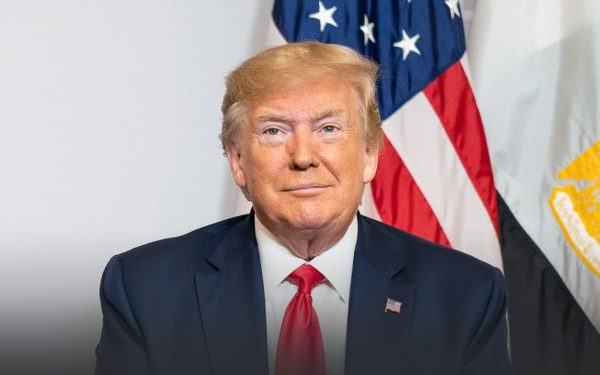 I didn’t vote for someone who promised to live a Christian lifestyle.

I voted for someone who promised to defend my right to live that way. Why, then, when we support President Donald Trump [1], do we feel the need to give a disclaimer that we don’t necessarily agree with all his tweets, but we admire his policies and what he has accomplished?

Maybe because we don’t see the bigger principles at work.

Ralph Reed, a respected political activist who was the first executive director of the Christian Coalition in the 1990s, was in Jerusalem when the U.S. Embassy was moved there from Tel Aviv. While attending the events celebrating the opening of the embassy, he heard Danny Ayalon, former Israeli ambassador to the U.S., make the point that Jews believe only flawed men make great leaders.

The rabbis teach, in fact, that you should never put someone in leadership who doesn’t have a flaw in life.

“If someone is self-righteous and convinced of their own goodness, they won’t feel the need to redeem their past by bearing good fruit and doing great deeds. But if they have experienced real failure or a major setback in their lives, they are more likely to approach leadership or service redemptively,” Reed told me.

He said that this explains why Trump is such a great leader who is so committed to keeping his promises. Despite his past mistakes and failures — or perhaps because of them — he wants to do the right thing.

Whatever one thinks of him, it is undeniable that when it comes to defending life, defending the rights of Christians, and defending Israel, he is seeking to act in a way that is right and advances good.

Related: Key Faith Initiative: Christians Pray for Our Country Ahead of the Election [2]

While there may be a lot to criticize about the president — isn’t that true of all politicians? — and while some don’t like the brusque personality of this billionaire from Queens, New York, there is also something winsome about Donald Trump. You can see it in his huge rallies, where he is funny and relates to the crowd by espousing the issues important to the people.

When I interviewed him in 2016, I found him to be respectful and even a bit humble — not at all like his public persona.

Dennis Prager, the popular talk-show host, can’t understand why conservative Jews and evangelical Christians are criticized as hypocritical for supporting a man as imperfect as Donald Trump. So Prager made this one of the “Ultimate Issues Hour” discussions on his radio show and invited me as his guest.

He talked about how he, a committed Jew, has defended evangelicals many times, saying the ones who claim Trump supporters are giving religion a “black eye” are “staggeringly immature.”

The reason, according to Prager, is that virtually anyone, including those on the Left, will support a sinful person if that individual supports the policies they like.

Prager offered a hypothetical example: If a Democrat who is known to be dishonest supports abortion rights, the Left would vote for that person if the opponent was pro-life even if that person was a highly moral person.

“Theirs is a phony argument. The Left lies with the ease that you breathe. We’re voting for a president, not a pastor. People sin, my friend,” Prager said to his listeners. “Grow up.”

This echoed the way Jerry Falwell Jr., the president of Liberty University, put it: “We are not electing a pastor-in-chief; we’re electing a commander in chief.”

Like Prager, he made that comment to explain how he could support a man who is well known as being far from perfect.

“I’m proud I supported Donald Trump,” Falwell told me. “And since he’s entered the White House, I’ve stayed in close touch with him, talking to him about once a month. It has become a close friendship. I’m so pleased with how he’s kept his promises. He’s appointed justices to the lower courts and the Supreme Court [3] who I believe will uphold the Constitution.”

“On matters related to religious liberty,” Falwell added, “the president has been a godsend. And his deregulation strategies have brought about prosperity for businesses and the American worker. He’s done all the things he said he was going to do — even with all the attempts to thwart his administration by fake Republicans in the Senate and all the folks on the Left who will stop at nothing to overthrow a duly elected president.”

Personally, I’m glad my worst moments in life aren’t published on the front pages of the nation’s newspapers, and I think most Christians have done at least a few things they wouldn’t want publicized.

Every person who has accepted Christ knows what it is to be forgiven, including me.

Stephen E. Strang is an award-winning journalist as well as the founder and CEO of Charisma Media. He’s also the author of the best-seller “God and Donald Trump.” This article was excerpted from his new book, “God, Trump, and the 2020 Election,” [4] out on Jan. 14, 2020.