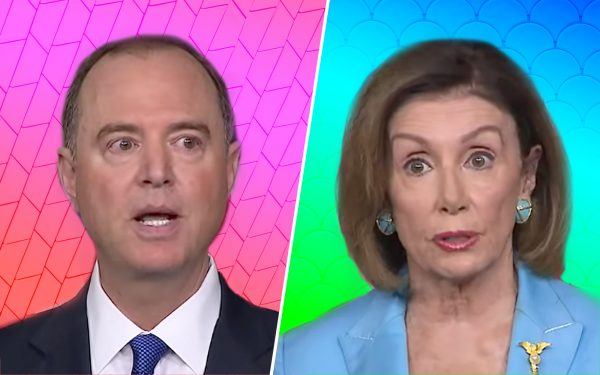 You know things are not going your way when one of President Donald Trump’s biggest haters is on CNN (of all places) trashing the Democrats’ impeachment efforts against the president. [1]

That’s what happened when Phil Mudd appeared on CNN to discuss the Dems’ behavior surrounding this impeachment fiasco.

Mudd says that did not look good.

Democrats are telling Americans that this is a “somber” time and saying they feel sad about impeachment — meanwhile, they’re whooping and cheering about it as if they’re at a football game.

Mudd, an analyst for the network, says that look doesn’t jive with the American people.

He’s actually right, as I see it.

Democrats are treating the American people as if we’re stupid.

They claim they didn’t come to D.C. to impeach President Trump, yet they’ve been talking about doing it since the day he was inaugurated.

This whole effort is purely political [1] — and to suggest otherwise is insulting.

Mudd says that this should be treated as a serious event — and it’s not, and that is not good for the country.

Read more at WayneDupree.com:
Heartbreaking Video of Joe Biden Trying to Speak at an Iowa Event; This Is Just Cruel [3]
Chrissy Teigen Mocks Melania’s Looks on Video and It Goes Terribly Wrong for Her [4]
Report: Greta Thunberg Hurt She Was ‘Ignored’ by World Leaders at Climate Summit [5]