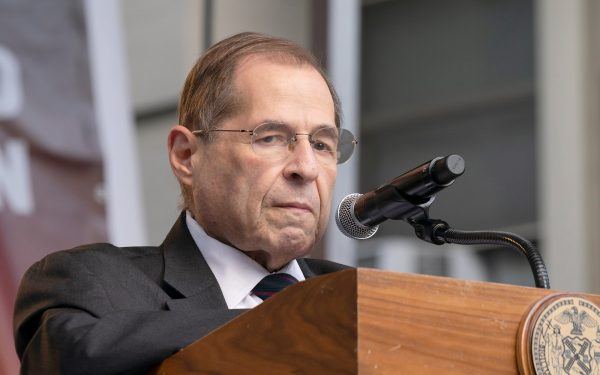 In this season when Christians across our country are preparing to celebrate the birth of Jesus Christ, one would think America’s elected representatives would honor this sacred time by keeping faith out of bitterly partisan politics.

But that basic decency escaped Rep. Cedric Richmond (D-La.) on Thursday during the Democrat-controlled House Judiciary Committee proceedings on the impeachment of President Donald Trump. [1]

Said Richmond at one point, “Today I’m reminded of Judas. Because Judas for 30 pieces of silver betrayed Jesus.”

“For 30 positive tweets for easy re-election, the other side is willing to betray the American people,” added Richmond.

"Judas for 30 pieces of silver betrayed Jesus. For 30 positive tweets for easy re-election, the other side is willing to betray the American people." — Dem Rep. Cedric Richmond, House Judiciary Committee.

A Democratic House member from a party whose platform supports gay marriage, late-term abortion, and transsexual rights, among other things, invokes the Christian faith to disparage Republican political opponents and by inference, anybody else who opposes impeachment. [1]

He compares them to an individual who aided in the condemnation of Jesus Christ, the Son of God, to crucifixion. And he does this during one of the holiest times in the Christian calendar.

That is the level of debate and maturity that the Democratic Party has fallen to in their vicious campaign to remove Trump from the White House — something they’ve wanted to do even before the president was inaugurated.

Not to be outdone, Rep. Hank Johnson (D-Ga.) decided to double down on his blimp-attack and Guam-sinking-from-overpopulation gambits. He said on Thursday that the look on the face of President Volodymr Zelensky of Ukraine when he met President Trump at the United Nations in New York in September was like “his daughter was downstairs in the basement duct-taped,” as The Washington Post [4] and other outlets reported.

So one Dem member of the House called Republicans “Judas.”

And another compared the GOP to those who would take a young girl hostage.

These words have nothing to do with politics or impeachment. They have nothing to do with a legitimate discussion of the issues in the legislative chambers of a free country. They are the vile jibes of people who have nothing in their rhetorical arsenal but slander, since their political opponents have shown them up for the power-hungry opportunists they have proven themselves to be.

Johnson’s invocation of an abused child for the purposes of political invective seems to be a recently common trope with the Dems and the Left, as the insult to teenager Barron Trump — the president’s youngest child — by Democrat-called witness Pamela Karlan, a left-leaning law professor, showed last week [6].

Yet Richmond on Thursday spoke perhaps the most repugnant modern U.S. political statement this analyst has ever heard.