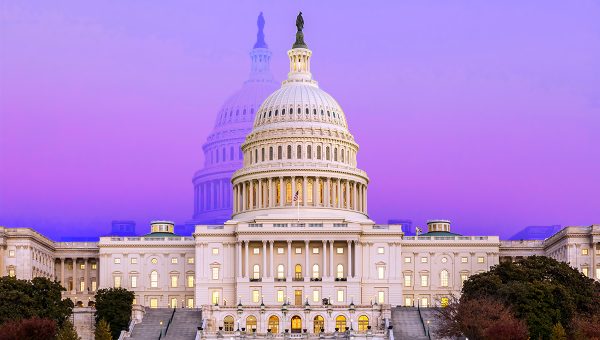 In the wake of Democratic Rep. Jeff Van Drew’s decision [1] to swap political parties, seven aides [2] have jumped ship — leaving the chief of staff Allison Murphy as his only remaining Washington-based staff member.

Of the seven, five individuals have addressed the difference in values between the congressman and his staff in a letter to Murphy.

In the letter, the aides shared their disappointment [3] in the congressman’s decision.

“Sadly, Congressman Van Drew’s decision to join the ranks of the Republican Party led by Donald Trump does not align with the values we brought to this job when we joined his office,” they wrote.

“Over the past year, Trump Republicans have sided with special interests over the needs of working people,” the aides added.

“Worse, they continue to aid and abet Trump as he shreds the Constitution and tears the country apart. They refused to grapple with how the president of the United States has jeopardized our national security for his own political advantage.”

Related: Nadler Spins Possible Jump by Dem Van Drew to the GOP Side [1]

Other Democrats in Congress believe Van Drew chose the flip-flop after recent polls showed only 28 percent of his congressional district voters in support of renominating him, while 68 percent said they wanted a different candidate.

“This is the end of his career,” said Richter.

Harrison, professor of political science at Montclair State University, said Van Drew was a “traitor” who had “ignored the voices of our community,” and instead “sold his soul cutting back-room deals with the White House.”

The professor is prepared to invest $1 million personally into the race and has spoken with some of the aides that walked — in hopes to have them join her campaign staff.

Prior to Van Drew’s flipping a Trump-supported district in 2016, the GOP represented the conservative district for over two decades.

In a Fox News interview, Van Drew claimed that the current Republican control of the Senate would likely save POTUS from the impeachment process, and added that the country’s voters should decide the fate of the issue, not Congress.

Van Drew’s flip would make things even more difficult [4] for House Speaker Nancy Pelosi (D-Calif.), who has worked to maintain solidarity among the Democrats amid the partisan battle. Pelosi has struggled to hold her majority.

The House Speaker cannot lose more than 17 Democrats’ impeachment support, yet recently over 30 Democrats — all of whom represent Trump-won districts in the previous election — have started to question the political risks of following through the impeachment process.

The House Judiciary Committee is set to vote on two articles of impeachment — abuse of power and obstruction of justice — as early as this week.

This piece originally appeared on ThePoliticalInsider.com [6] and is used by permission.