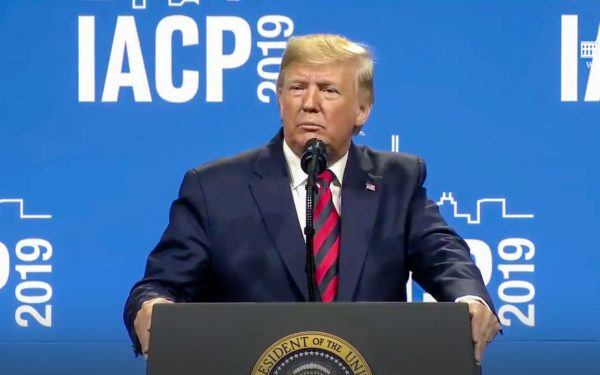 Their faces say it all.

The anti-Trump hosts Alisyn Camerota and John Berman of CNN’s “New Day” could not hide their disgust and disappointment in their new poll that shows President Donald Trump surging [1].

When a CNN analyst tells them there is a massive movement toward Trump, Camerota asks desperately, “Why is this happening?”

He goes on to explain that it’s Trump’s good economy that’s fueling the surge.

He’s right — but it’s more than that.

In addition, the American people don’t appreciate watching their president get railroaded by the Democrats — who are pulling impeachment stunts and creating a constitutional crisis [1] in order to try to take back some semblance of power.

The media and liberals have been living in a self-imposed bubble where “Orange Man is always bad,” as I see it.

They’re clueless as to what we want and how we feel about President Trump and the state of this country.

These liberals actually believe this silly impeachment is “historical” and “monumental” — and it’s not.

The American people are tuned out because they know exactly what is going on.

This piece originally appeared on WayneDupree.com [2] and is used by permission.