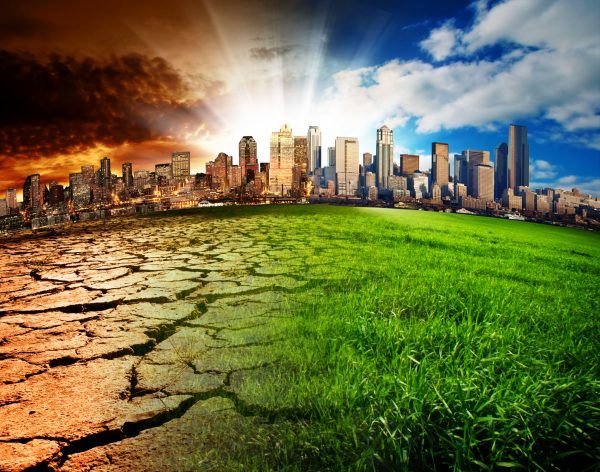 After actual truth discredited the names, the climate folks apparently decided to go with something more neutral, so as to not get debunked by actual science and facts.

So they settled on the broad term “climate change.”

I mean, the climate does change, so they’re pretty safe with that name — maybe too safe?

Some activists now think they need something more “panic-inducing” so that people take notice and donate more money — actually, strike that last part — so that people do something to save the planet.

Related: Teen Activist Greta Thunberg Lashes Out at the World in New Op-Ed [2]

That’s what one professor may be suggesting.

Check out this explanation from Ad Age [3]:

As a professional namer, I create names for companies, products and services. After the global climate strike this past September, I found myself thinking about the terms “climate change” and “global warming.” Are these scientific terms too neutral? Do they do enough to grab attention and inspire people to take action?

Scientific terms often fail to resonate in meaningful ways. In the early 1900s, for example, no one had heard of the “hypothesis of the primeval atom.” That changed in the 1940s when the term “Big Bang” was coined, which was a simpler, more relatable concept for the masses.

This complex scientific concept is extremely well-known today because a better, more tangible term was applied to it. Can we use lessons from the naming of the Big Bang to rebrand “climate change”? (source: Ad Age) [3]

Look at how this professor describes global warming.

The term was meant to “scare” people into thinking the Earth was heating up into a gigantic ball of fire and would spontaneously explode at any given minute if we didn’t — uh, I mean, stop eating beef and stuff.

The bottom line is this.

Whatever you want to call it, this is a money-making marketing scam, in my opinion.

And that’s why the details are always changing just like the name.

The goal is to make money and control certain aspects of society — and they can’t do that when facts trump emotions.

That’s another of example of the failed/fake “climate change.”

How long until “climate change” is about abortion and gun control, too?

Originally, politicians latched onto global warming because it sounded more worrisome (Earth is heating too fast). But it was too easy to poke holes in because the Earth was also getting colder. During polar vortex storms, skeptics often tweet that it “sure would be nice for some of that ‘global warming’ right about now.” Politicians then pivoted to “climate change.” This concept was less easy to deny, but also less compelling and less actionable.

This leads me to wonder: Is there a better way to convey the urgency of the situation, while also encouraging folks to take action? Could the tools of branding and brand naming create a more resonant, powerful name? Our naming team decided to give it whirl, but first, we set some parameters and guideposts, as we would with any new brand name project: (source: Ad Age) [3]

A version of this piece originally appeared in WayneDupree.com [4] and is used by permission.

Read more at WayneDupree.com:
Citizen Journalist in MAGA Hat Confronts Schiff: ‘What Will You Do When the Deep State Can’t Protect You Anymore?’ [5]
Report: Teen Climate Guru Greta Thunberg Demands ‘Change to Everything’ in Op-Ed [6]
Kaepernick Seals His NFL Fate with a Militant Anti-American ‘Un-Thanksgiving Day’ Speech [7]