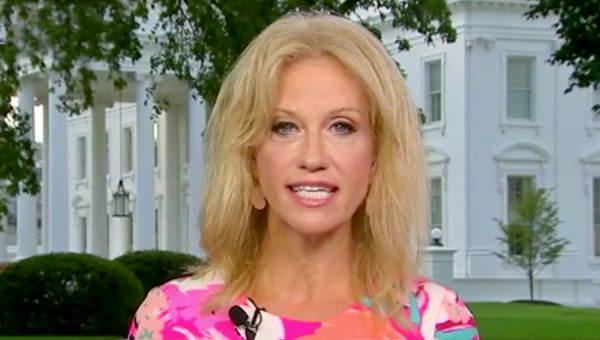 CNN’s Wolf Blitzer never thought he’d get blitzed as badly as he did during an interview with presidential top adviser Kellyanne Conway.

It was brutal, in my opinion.

I have seen a lot of people get shamed on TV — but this was one of the most savage takedowns ever.

And nobody deserved it more than Wolf.

I’ll set the scene up for you: Conway appeared on CNN to discuss the ongoing impeachment sham in the House.

During the interview, Blitzer tried to ambush Conway by bringing up her controversial marriage to rabid anti-Trumper George Conway.

What Blitzer was hoping would be a great “gotcha” moment turned into a humiliating professional low for him.

This was Kellyanne Conway’s response after CNN played her husband’s comments.

“You embarrassed yourself, and I’m embarrassed for you because this is CNN now?” she went on. “I looked up to you when I was in college and law school. I would turn on CNN to see what Wolf Blitzer had to say about war, famine, disruption abroad. I really respected you.”

This incident reminded me of a favorite “media moment” from 2016.

It was when candidate Trump appeared on CNN to discuss his then-ongoing feud with Megyn Kelly.

Again, Wolf Blitzer tried to get the upper hand — but Trump literally wiped the table with him.

He told Blitzer that if he — Blitzer — didn’t keep talking about Megyn Kelly, then Blitzer’s ratings would drop even lower than Kelly’s.