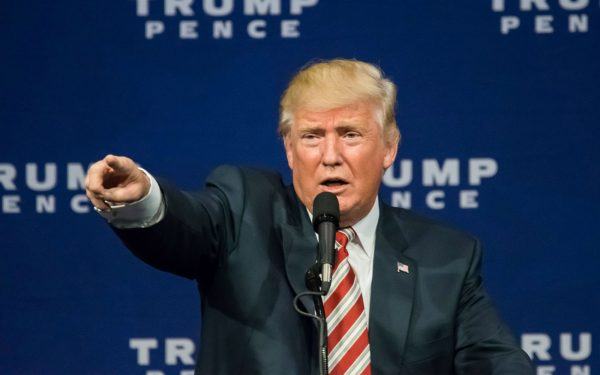 We cannot afford to stand by and do nothing.

Democrats will unite and throw everything they have at the next election.

And if Christians decide not to rally together and vote according to biblical values, we could see our spiritual enemy win some major battles — in our policies, our leadership, our rights.

If we are to preserve our freedoms, we cannot be overconfident.

We need to recognize our vulnerabilities, which means we must take a hard look at the reasons President Donald Trump actually could lose.

Not long after Trump’s rally in Orlando, Florida, in June 2019 [3] announcing his 2020 candidacy, polls said nearly any Democratic opponent would beat the president.

To me, that was hard to believe, as most polls aren’t very accurate 16 months before the election.

After all, under Trump’s leadership, the U.S. economy has been booming, the unemployment rate is down, the military is being rebuilt, and our problems with illegal immigration are on the road to being fixed.

If Trump is re-elected, it’s very likely these good trends will only get better.

Although many at the kickoff rally believed Trump will win the upcoming election, others voiced a concern that if Christians don’t turn out to vote in record numbers, the Left could win and reverse all the good Trump has accomplished.

Yes, Trump’s supporters are enthusiastic — but so are Democrats, and with greater numbers.

Less than two weeks after Trump announced his plans to seek a second term, The Hill [4] reported on a prediction model that accurately forecasted four months before the 2018 midterms that Democrats would gain seats in the House.

“The complacent electorate of 2016, who were convinced Trump would never be president, has been replaced with the terrified electorate of 2020, who are convinced he’s the Terminator and can’t be stopped,” Bitecofer said. “Under my model, that distinction is not only important, it is everything.”

She added, “The Democrats are not complacent like they were in 2016 and I doubt there is any amount of polling or favorable forecasts that will make them so. That fear will play a crucial role in their 2020 victory. We will not see a divided Democratic Party in 2020.”

If the Democrats are not complacent, then Trump supporters must not be overconfident.

Good approval numbers and a robust economy are no match for an empowered and newly engaged Democratic Party that along with the Washington Establishment will do anything to stop Donald Trump.

Tom Ertl, whom I got to know in 2016 when he was the national media director for Christians for Donald Trump, wrote an insightful article for NewsWithViews.com [6] that gave the political reality of the “Seven Reasons Why Trump Could Lose in 2020.”

Of all the possible roadblocks, Ertl listed overconfidence as the number-one obstacle to Trump’s reelection.

“Overconfidence has been the demise of many a movement, business, individual, and political campaign,” he wrote. “It has become a serious problem because there is a real sense within the Trump camp and support base that the 2020 election is in the bag; the very opposite is true.”

Ertl believes the ruling Establishment and its deep state, which the Trump presidency has exposed, will not rest until Donald Trump is defeated. About the same time Ertl published his article, Lara Trump [7], the president’s daughter-in-law, stated on Fox News’ “Hannity” show that she believes Trump will be “nearly impossible to beat” in 2020.

Meanwhile, a small group of conservatives were huddling in Washington, D.C., to map out a strategy to prevent a Democratic victory.

Ray Moore, a prayer leader and Christian educator from South Carolina, was there. In 2016, he played a pivotal role in encouraging then-Lt. Gov. Henry McMaster to become the first sitting statewide elected official in the nation to support then-candidate Trump.

I talked to Moore after the Washington meeting, and he told me Trump’s re-election is not looking certain. He said the consensus at the meeting was that Democrats will do anything and everything to defeat Trump — and they have major billionaire donors lined up to supply them with unlimited funds.

Moore predicted we will see voter fraud and ballot harvesting at unprecedented levels. Furthermore, Democrats believe if they can win seven key states, they will easily defeat Trump no matter who is running on the Democratic ticket.

John Graves is president of Vision America, founded by my good friend Pastor Rick Scarborough. He describes himself as data-driven, and he was happy to help provide the statistics showing the advantage the Democrats have in the next election.

He is a unique leader, a lawyer who also volunteers at Gateway Church near Dallas, Texas.

His mission is to rally Christians to register to vote and then to actually go to the polls.

Graves echoed what others have said: The turnout in the 2020 election will be higher than ever on both sides — possibly approaching 70 percent of eligible voters.

Through Vision America [9], Graves is playing an active role in getting evangelicals to the polls by distributing voter guides showing where the candidates stand on key issues.

“To me, one of the top reasons President Trump could lose would be voter and donor apathy,” Graves said. “The church must move forward in humility, diligence, and restraint. This applies to the 2020 election and all areas. If believers will do those things, this could be a landslide election.”

Through Vision America’s pastor arm, named Acts 20:28 Pastors [10], churches large and small are proving that pastors can help reverse our nation’s moral decline. Using cutting-edge technology, the organization is able to determine county by county how many pro-life conservatives are registered to vote but unlikely to go to the polls.

It then equips pastors and people of faith to educate those disengaged voters and encourage them to vote.

The results of their efforts have been nothing short of amazing. The Acts 20:28 Pastors website reports that pastors who use their resources see an average voter turnout in their church that is 55 percent higher than the average turnout in their local community.

“More and more, pastors and people of faith are seeing that [voting] is a spiritual act and not a political act,” Graves said.

Consider this anecdote: Someone told me she turns off the TV because she’s so tired of hearing about Trump’s latest tweet that made someone else upset.

It may surprise you coming from someone like me, who is so supportive of the president — but I’ve come to the conclusion that a segment of the electorate may think “Sleepy Joe Biden” is preferable to a constantly combative Trump.

I voted for Mitt Romney in 2012 even though he alienated evangelicals. But several million Christians stayed home rather than vote for a candidate whose policies were better than Barack Obama’s — but who was someone they didn’t like.

I hope the same does not happen in 2020 with President Donald Trump.

Stephen E. Strang is an award-winning journalist, founder and CEO of Charisma Media, and author of the best-seller “God and Donald Trump.” [11] This article was excerpted from his forthcoming book, “God, Trump, and the 2020 Election: Why He Must Win and What’s at Stake if He Loses,” [12] due out in January 2020.