By The Political Insider Staff
November 19, 2019

Here’s what we know about the nasty notes left behind by Obama aides for their Trump administration succesors when they left the West Wing for the last time. I’ve confirmed this with 3 sources beyond what Stephanie Grisham said on the radio this morning. https://t.co/HhXYM8Q4zL

This is another bald faced lie. https://t.co/E1U9KtdL77

MORE NEWS: Harvard Scientist: Experts Denied Wuhan Lab Leak Theory Because They Were Afraid Of Being ‘Associated With Trump’

“I was talking specifically about our experience in the lower press office — nowhere else,” Trump’s press secretary told The Hill.

The Daily Mail spoke to officials who knew about the incidents.

Michelle is a queen. https://t.co/PgH7j9IDEv 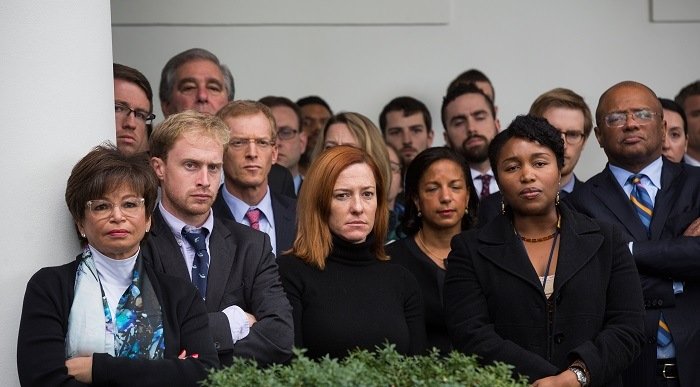 Former first lady Michelle Obama herself said she cried after Trump’s inauguration, then proceeded to smear Melania Trump with a ridiculous lie about the gift the new first lady presented to her.

This piece originally appeared in The Political Insider and is used by permission.

Read more at ThePoliticalInsider.com:
Pelosi Mocks Reporter for Asking About Trump’s Due Process During Impeachment
Jim Jordan Hammers Adam Schiff at Impeachment Hearing: ‘Nobody Believes You’
House Dem Claims Trump Can Still Be Re-Elected After Being Impeached

Harvard Scientist: Experts Denied Wuhan Lab Leak Theory Because They Were Afraid Of Being ‘Associated With Trump’