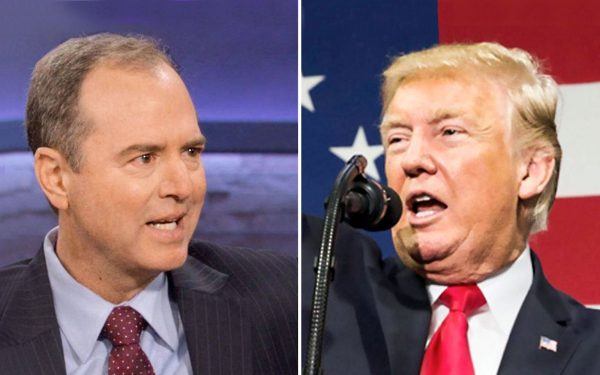 Here is some compelling news on a Sunday night.

Responding to a flood of complaints from Republican lawmakers that the current impeachment push against President Donald Trump in the House of Representatives has been secretive and one-sided [1], a lawyer for the still-anonymous whistleblower [2] who raised alarms about the president’s dealings with Ukraine based on a July 25 phone call from the White House said on Sunday his client is willing to answer written questions submitted by House Republicans, as Fox News [3] reported.

The surprise offer, [4] made to Rep. Devin Nunes (R-Calif.) — the House Intelligence Committee’s top Republican — would allow Republicans to ask questions of the whistleblower, who spurred the impeachment inquiry, without having to go through the committee’s chairman, Rep. Adam Schiff (D-Calif.).

Related: GOP Can’t Be Complacement Between Now and November 2020 [5]

See the full series of tweets from Zaid on this issue.

2/Despite long standing policy of HPSCI to protect #whistleblowers [6], especially anonymity (btw, this was consistent with my efforts w/GOP on #Benghazi [7]), GOP has sought to expose our client's identity which could jeopardize their safety, as well as that of their family.

3/We have directly engaged GOP as to the irrelevance of the whistleblower's information and identity (including addressing any issue of bias), but with little effect in halting the attacks. Btw, countless OIG complaints are filed anonymously & full of hearsay. It's common.

4/We offered HPSCI (& SSCI), both Majority & Minority, to have #whistleblower [10] answer questions in writing, under oath & penalty of perjury. Obviously, per House rules GOP is beholden to DEMs.

We, however, are not.

5/Being a whistleblower is not a partisan job nor is impeachment an objective. That is not our role.

END/We stand ready to cooperate and ensure facts – rather than partisanship – dictates any process involving the #whistleblower [10].

He tweeted that the whistleblower would answer questions directly from Republican members “in writing, under oath and penalty of perjury,” as part of a bid to stem escalating efforts by Trump and his GOP allies to unmask the person’s identity.

But questions that seek to find out “identifying info” about the whistleblower will not be answered, he declared.

It remains to be seen whether this offer will be acceptable or not.

A GOP source involved in the impeachment inquiry told The Daily Beast [14] on Sunday afternoon that the offer might be insufficient.

“I don’t think we will settle for scripted interrogatories,” the source said, as Fox News [3] noted.

“We need a full accounting of his actions and how this was orchestrated.”

Read more about all of this here. [3]