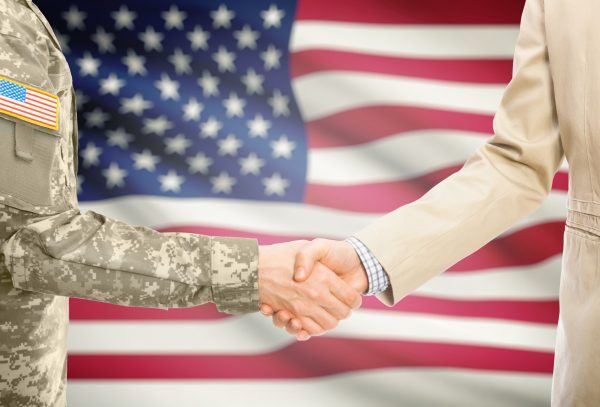 Veterans Day [1] is one holiday that is all too easy to overlook.

There are no gifts given, no big family gatherings, no cards or decorations marking the anniversary.

There are gifts they’ve given us, actually — the gift of precious freedom to every American, from those brave men and women who have fought in all wars since the beginning of our republic.

There are gatherings — at war memorials across America, where families solemnly grieve those they lost.

There are even cards — draft cards, issued until 1973, [2] that changed young lives forever.

They adorn service members’ uniforms as proud symbols of courage, sacrifice, and placing others above self.

Related: On Veterans Day, Remember All That Our Military Has Done [1]

“The veterans of our military services have put their lives on the line to protect the freedoms that we enjoy,” said former Sen. Judd Gregg (R-N.H.), who also served as governor of his state.  [3]“They have dedicated their lives to their country and deserve to be recognized for their commitment.”

Perhaps you will drive through your town or city on Monday and see a small gathering of people honoring an even smaller contingent of men and women dressed in military uniforms — some may be so advanced in years that they need canes or walkers.

One or two may be in a wheelchair due to age, infirmity, or missing limbs.

You may feel a twinge of guilt, as in, “I should have made a note to be at that ceremony.” But commitments to family, home and work won out over your best intentions, so you silently promise yourself, “Next year.”

There aren’t, in fact, too many “next years” left; the men and women who fought for freedom in World War II are now in their late 80s and 90s, according to the National World War II Museum [4]; the organization notes that only 777 of the 16 million Americans who served in that war are still alive, according to the U.S. Department of Veterans Affairs recently.

Their service did nothing less than save the free world for their generation and all the generations to come. “Our WWII veterans fought to save the world from tyranny,” the Gary Sinese Foundation [5] has said. “The freedom we know today is thanks to their bravery and valor. They taught us the true meaning of patriotism and we remain forever grateful for their sacrifices.”

Maybe you did miss the celebration in your town — a celebration that may seem to get a little smaller every year.

But there are other ways Americans can easily contribute to the quality of a veteran’s life:

1.) Donate to a deserving veterans organization. Here is a list suggested by Military.com [7].

2.) Buy a veteran a meal. When you see a former service member enjoying breakfast, lunch or dinner out, pay his or her tab — either anonymously or not. And take a moment to say “thank you” for that person’s service and sacrifice.

3.) Fly an American flag proudly at your home or business.

4.) Take the time to talk and listen to a veteran. Some questions you might ask are, “What did you do in the military? How long did you serve? Did anyone else in your family serve?” advises Military.com, among other ideas.

“Do not ask if they’ve killed anyone,” the outlet also advises.

May we never forget the sacrifice of those who served to keep not only America free, but to also keep Europe free. I’m thankful for all of our #veterans [8] & those still serving in the military around the world today. Pray for them, & remember—freedom always comes with a price. 2/2

“And should your veteran be a combat vet who is either unwilling to share or plainly states” what he went through, “be supportive without being intrusive,” the group notes. “Sometimes you don’t have to say anything — just listen and give your full attention.”

Helping and honoring our veterans reflects honor back on us, too.

“Honor to the soldier and sailor everywhere, who bravely bears his country’s cause,” Abraham Lincoln [10] once said.

“Honor, also, to the citizen who cares for his brother in the field and serves, as he best can, the same cause.”

This article originally appeared last year in LifeZette and has been updated.