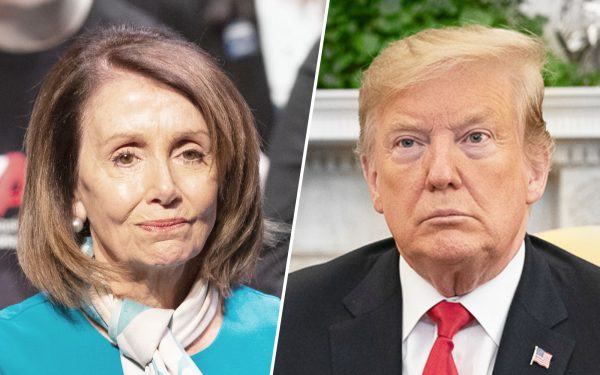 Speaker of the House Nancy Pelosi (D-Calif.) has extended an invitation to President Donald Trump to testify in front of the House Intelligence Committee during its impeachment inquiry [1].

He could possibly testify in written form, she also suggested.

And the president said on Monday that he is considering the proposal.

….that I testify about the phony Impeachment Witch Hunt. She also said I could do it in writing. Even though I did nothing wrong, and don’t like giving credibility to this No Due Process Hoax, I like the idea & will, in order to get Congress focused again, strongly consider it!

In this writer’s opinion, if he goes there, he would be making a serious mistake of potentially massive proportions.

The precedent itself could damage the presidency for some time.

It would give credibility to what is increasingly being seen as a kangaroo court.

At the very chance of it, Democrats must be licking their chops all across Capitol Hill.

But will the president’s sense of drama overcome his political judgment?

If so, the “showdown” would be fantastic.

Forget the Thrilla in Manila, that iconic boxing match between Ali and Frazier.

This would be the Combat in Congress — the Hostility on the Hill!

The press buildup to this would be unbelievable.

It would dwarf Super Bowl coverage.

Related: 10 Striking Reactions from Everyday Americans to the Hearings [3]

All members of the committee would see themselves as making an entire career out of the day.

Dems would all vie to nail the president on any and all matters they can think of, both beforehand and in the moment.

Republicans would generally defend him. But one or two may try to curry favor with the liberal hive by breaking from the pack and attacking the president.

It could become a wild circus, a bloody free-for-all.

One or two Dems are bound, by the sheer odds of the thing, to draw presidential blood.

Thus President Trump would be serving himself up as a Thanksgiving turkey for the media and the Dems to feast upon.

Any Trump associate advising this, perhaps relying on the president’s stage presence to get him through the event, would be guilty of heinous political malpractice.

As the president would be testifying under oath, it would also give his enemies the ability to go over his words with a microscope and accuse him, by taking any sentence out of context, as further proof of the need for impeachment and removal or even for criminal prosecution.

It is amazing the president is even considering the proposal, although he does qualify it by saying he’s considering testifying in writing. The Trump ego is large.

However, even his sense of self cannot be of wide enough proportions to rationalize this action. Just one clever Dem, one muffed line, one GOP turncoat — and all bets are off.

But we have found that this president likes to defy expectations.

He likes to take gambles.

And he never holds back when confronting his enemies.

So stay tuned. This could get real sporty.