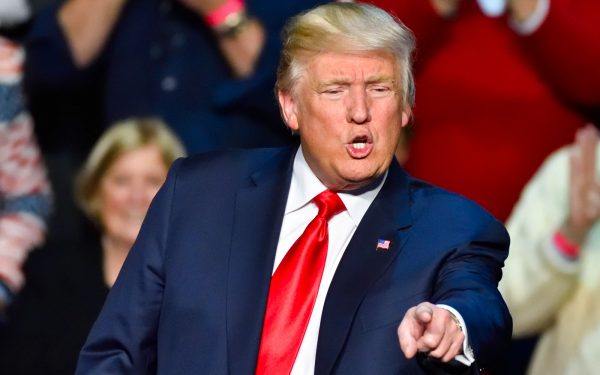 In a gesture of generosity and gratitude, President Donald Trump on Thursday made an unannounced trip to Afghanistan to visit and spend time with American troops on Thanksgiving Day.

Related: Thankful for Our Country and All Those Who Created It [1]

The trip was the president’s first to the country.

The visit occurred almost a year after Trump made a surprise visit to our troops stationed in Iraq — his first to a combat zone since he took office.

Some 13,000 or so U.S. personnel are still stationed in Afghanistan to train, advise and assist local forces under a NATO mission and to conduct counterterrorism operations, according to reports.

Trump said this past summer that he aimed to reduce that number. [2]

The top U.S. general in Afghanistan said last month the total number of troops in the country had decreased by around 2,000 people, NBC News [4] noted.

See these tweets about President’s Trump surprise trip on Thursday — and share your own thoughts.

Thank you @POTUS [5] @realDonaldTrump [6] for taking your Thanksgiving Day to be with the troops in Afghanistan. I know this means a lot not only to them, but to all freedom loving people in that part of the world.https://t.co/kpZF9DspFa [7]

Just there to support our brave men and women in uniform

President Trump made an unannounced Thanksgiving visit to U.S. troops in Afghanistan, his first trip to the country since becoming president and a week after a prisoner swap between Washington and Kabul that raised hopes for a revival of peace talks https://t.co/EbUCGTjXxp [11] pic.twitter.com/wxF7jCExVS [12]

This article has been updated with a new tweet.