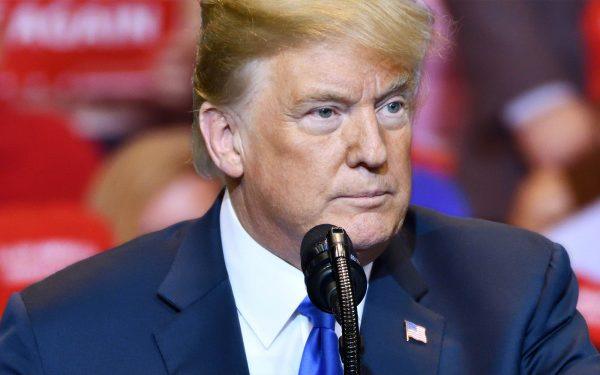 There are two developments worth pointing out on Friday in the notable and ongoing story of increased support for President Donald Trump within the African-American community.

On the one hand, a radio host by the name of Charlamagne tha God predicted this week that the president will do worse in 2020 than the 9 percent or so of blacks who voted for Trump in the 2016 election.

Tha God — as noted on Fox News’ “The Ingraham Angle” this week [2] — also actually encouraged blacks to overlook their recent financial gains and instead embrace the hard-Left’s view of the president’s civil rights record.

“I don’t think that we have gotten to the point in our society where we can take those chances on a president who may be putting money in our pockets but rolling back all of our other civil rights, and rolling back all of our other civil liberties,” tha God commented, ignoring the gains made by many members of this community during the Trump administration.

On the other hand, Robert Johnson, the founder of Black Entertainment Television (BET) — not to mention America’s first black billionaire and a noted entrepreneur — told CNBC [3] he thinks the 2020 race for the presidency “is his [Trump’s] to lose.”

“I think the economy is doing great,” said Johnson, “and it’s particularly reaching populations that heretofore had very bad problems in terms of jobs and employment and the opportunities that come with employment. African-American unemployment is at its lowest level … I give the president a lot of credit for moving the economy in a positive direction that’s benefiting a large amount of Americans.”

Johnson has praised the president in the past.

This tweet shares more detail on Johnson’s point of view.

CHUMLEY OPINION: Democrat BET founder Robert Johnson: Trump slated to win – https://t.co/LPRjMLzWHk [4] – @washtimes [5] "That — from a man whom by all left-leaners’ accounts ought to be a natural Democratic Party voter, a natural Donald Trump hater."

What is striking here is the difference of opinion between two members — and indeed facets — of the black community.

Radio host tha God, though admitting to black economic progress, asks black voters to embrace a negative view of politics and to vote on perceived slights and grievances.

Johnson, on the other hand, looks to the bottom line and the positive effect the president’s economic policies have had for black Americans and Americans in general.

The contrast is stark — but not altogether unpredictable.

The deity-monikered radio host tha God comes from a media class, specifically a minority media class, which has been traditionally and almost uniformly hostile to the GOP and especially to Trump.

If blacks were to embrace and vote for Republicans, it would ruin the media host’s narrative, affect his ratings, and likely damage his career.

It would appear he has a serious professional investment in stoking black rage and resentment of the president.

Robert Johnson, a founder of a media empire, is nevertheless a businessman first and foremost — but also a noted philanthropist. From both angles he, too, has an investment.

His investment, however, is in the economic success of black Americans. If they prosper, they are more likely to purchase goods advertised on BET — and his charity work in the black community could gain more supporters, volunteers, and donations.

Johnson looks at results in hard numbers that are not compromised by the non-empirical weight of an ideological burden.

So when the highest employment rates for blacks in the history of the nation [8] is factored in, and the lowest unemployment rate for all Americans for 50 years is included as well, it is no wonder Johnson is bullish on President Trump.

For the exact same reasons but twisted around in an ideological mirror, it is no wonder that Charlamagne tha God is not.