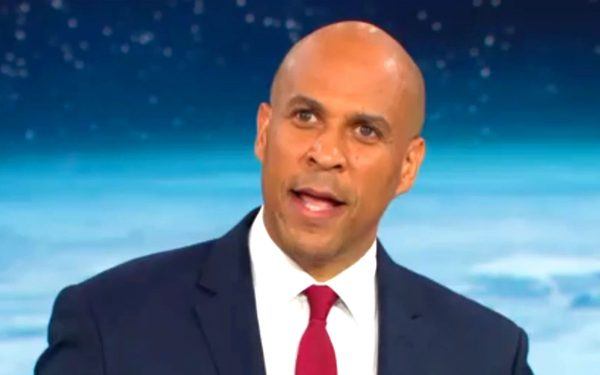 The 2020 presidential campaign [1] of Sen. Cory Booker (D-N.J.) took a major hit on Wednesday as a super PAC formed to raise money for it closed its doors.

A PAC — political action committee — is the vehicle that campaigns use to raise funds.

The PAC — Dream United — had not been able to raise sufficient amounts of money for the senator to remain top-tier competitive in the Democratic race for the presidency.

Its goal was $10 million. It raised $1.1 million — and most of that was from the wife of the PAC’s founder.

A super PAC formed to support Sen. Cory Booker's presidential campaign announced Wednesday that it would cease operations.StevePhillips, a San Francisco lawyer and founder of Dream United, indicated in a news release that the super PAC had struggled https://t.co/9A0oahrSS9 [2] pic.twitter.com/mp8POFuv15 [3]

The founder himself, Steve Phillips, is a San Francisco lawyer and a college classmate of Booker’s from Stanford University.

Phillips and his wife had had a successful record of raising funds for black Democratic political candidates prior to this.

“We remain firm in our belief that Sen. Cory Booker is uniquely qualified to unite and heal Americans across this country at this critical point in our history,” a statement on the PAC website’s read. “Respecting the senator’s publicly stated sentiments about super PACs, Dream United will cease operations effective immediately.”

The statement was released on Wednesday.

The Booker campaign likely hoped it would be overlooked during the holiday week.

Booker has disavowed the use of super PACs numerous times, though his campaign did accept money from Dream United.

At 2 percent in the polls and with a dwindling chance at the nomination, Booker — if he stays in the contest — seems to be running for a Cabinet position in a theoretical Democratic administration in November 2020. His chances for the nomination were never sparkling from the beginning.

He comes from a solid-blue state and thus he could not help the ticket turn a state to the Dems. Booker’s star quality is not overwhelming and neither was his tenure as mayor of Newark. Booker was regularly criticized in that post for promoting the rights of law-breakers over the interests of law enforcement, and Newark’s economic development under Booker was retrograde.

His debate performances have not been breakthroughs, either, and he is widely seen as too leftwing for the top of the ticket.

Many analysts think it is unlikely his campaign will make it to February and the Iowa caucuses, the first Dem nomination electoral contest.