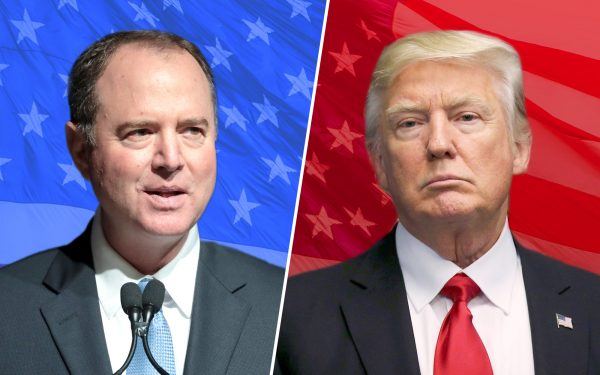 The Democrats’ impeachment inquiry against President Donald Trump [1] is flopping big-time with one of the most important voter groups that will help determine the outcome of the 2020 presidential election: independents.

Many independents, in fact, aren’t even paying attention.

According to a Reuters/Ipsos poll [2] last week, only 19 percent of independents actually watched or listened to the hearings for any length of time.

(There were two days of hearings last week — this week, there are three days of televised hearings.)

Meanwhile, 17 percent of the survey respondents said they watched or listened to news summaries online.

And 30 percent said they read or heard news summaries online or in print or on the radio.

While the Democrats had hoped to capture the nation’s attention — it just isn’t happening.

Though many Democrats are comparing their efforts to unseat Trump to the efforts to impeach President Richard Nixon in the 1970s, the 37th president’s resignation in August of 1974 only happened once it was clear he had lost the support of Republicans.

But Trump is in no danger of losing his party’s support.

This is an increase from March, according to The Des Moines Register [5].

Those who say they will definitely vote for Trump’s re-election has increased by 9 points.

“I’ve been a Democrat all my life, but when he ran for office, when I could see what he was standing up for — for the borders and the different solutions he brought forth — I felt that I definitely needed to vote for him,” Sparker added.

Sparker represents the kinds of voters Trump needs to win in 2020.

Democrats no doubt thought they could sway these same voters with their impeachment spectacle, but it simply isn’t working, according to this latest poll.

According to a recent Reuters/Ipsos poll, 36 percent of independents said they did not watch, read, or hear anything about the hearings.

President Trump should hope this impeachment drags on as long as possible, turning off more voters to the Democrats with each passing day, in our view.

Democrats will continue to behave as if this impeachment process is somehow the final nail in the President’s political coffin, failing to realize they are doing him a favor.

Donald Trump thanks you.

Read more at ThePoliticalInsider.com:
Pelosi Mocks Reporter for Asking About Trump’s Due Process During Impeachment [8]
House Dem Claims Trump Can Still Be Re-Elected After Being Impeached [9]
Al Sharpton’s Own Charity Paid Him Over $1 Million Last Year [10]