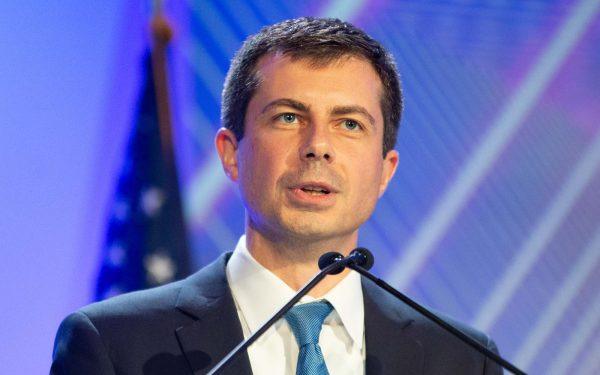 What a difference one month makes. It wasn’t that long ago that former Vice President Joe Biden [1] was in the lead and Mayor Pete Buttigieg of South Bend, Indiana, was polling in the single digits. Not anymore.

Mayor Pete is now the 2020 Democratic frontrunner [2] in Iowa by 11 points and in New Hampshire by 10 points.

And, if that isn’t enough, since the 2020 Democratic hopefuls took the debate stage in October [3], Rep. Alexandra Ocasio-Cortez (D-N.Y.), along with two other “squad” members, have endorsed Sen. Bernie Sanders (I-Vt.) — while with the fourth squad member, Rep. Ayanna Pressley (D-Mass.), putting her support behind Sen. Elizabeth Warren (D-Mass.).

Then there’s the Hillary-Tulsi feud, the result of a podcast interview done last month when Hillary Clinton suggested the Russians are “grooming” an unnamed Democrat who’s running in the presidential primary to run ultimately as a third-party candidate to support their interests. Really?

Rep. Tulsi Gabbard (D-Hawaii) didn’t take the insinuation lying down and challenged Clinton to jump into the race [4]. She hasn’t (as of this moment, anyway), but former New York City mayor, billionaire Michael Bloomberg, has taken steps to enter 2020 [5], and so has former Massachusetts Gov. Deval Patrick. Meanwhile, both former Texas Rep. Beto O’Rourke and Ohio Rep. Tim Ryan have dropped out of this race.

In addition, Sen. Kamala Harris (D-Calif.) has cut staff and restructured her campaign [6] after dropping in the polls; and former HUD Secretary Julian Castro did not qualify to participate in this November debate.

Which brings us to what actually happened on Wednesday night in Atlanta — and the answer is not much.

While the all-female moderators kept things moving along, there were few fireworks, with way too many candidates still on stage. It was presumed that Mayor Pete, who’s gained the most momentum, would be the target — but he wasn’t. Sen. Cory Booker (D-N.J.) in fact, tried to align himself with Buttigieg by reminding the audience he, too was once a mayor, and was the “other” Rhodes Scholar on stage.

Warren appeared to get the most questions, Biden seemed to get the least, Sanders had the loudest voice (again) — and the candidates lowest in the polls brought the most passion.

Below are a few must-know highlights.

Most memorable exchange of the night: There were three — and two of them involved Gabbard.

First, Harris attacked her, saying there was “someone on the stage” who spent years criticizing former President Barack Obama and now was criticizing the Democratic Party, had tried to meet with Steve Bannon in order to meet with Trump — and appeared often on Fox News.

Gabbard hit back, saying Harris was trafficking in lies and innuendo because she couldn’t challenge the issues. Ultimately, Gabbard made clear she would always put the American people before the Democrat Party.

(And then, after the debate, there was this — see this tweet.)

Kamala on Fox News shortly after she denounced Tulsi for appearing on Fox News pic.twitter.com/wSWPlqaAMS [7]

Second, Buttigieg and Gabbard traded punches about their military service, experience and judgment. Buttigieg tried to throw a death blow by scrutinizing Gabbard for meeting with Syrian dictator Bashar al-Assad, who is accused of war crimes. Gabbard fired back, saying he lacked the courage to meet with both adversaries and friends. At that, Buttigieg took a deep breath and his face turned red — and for the first time of the evening, he lost his composure.

Third — and this one may have stung the most — involved Biden and Booker on the subject of legalizing marijuana. Biden recently said he was against it and Booker said he thought Biden “was high” when he said it. Not funny.

Biden clarified he was for decriminalization and wanted criminal records expunged, but he thought there should be more studies of the drug’s long-term effects. Booker didn’t win any points with this exchange; he came across as silly about something serious.

Who stood out the most and why? Mayor Pete had his best night to date. He exuded confidence and kept his composure when swatted by other candidates who obviously see him as a real contender now. He spoke clearly and succinctly, respected the moderators, and did not falter until the bitter end, when Gabbard briefly left him rattled.

Related: The Good News and the Bad News for Mayor Pete Buttigieg [9]

Sen. Amy Klobuchar (D-Minn.) shined at times by citing her experience, achievements, positions and plans for the future. But as during earlier debates, her nerves appeared to get the better of her as she spoke to the point of breathlessness and seemed shaky when confronted. Even very early on in the debate, she appeared nervous and uncomfortable on stage.

Who was the least memorable? Warren talked a lot but said nothing that she hasn’t said before. She seemed to be on autoplay from the previous debate — and once again, did not directly answer questions. Even the moderators appeared to tire of her evasiveness. Similarly, Sanders had a ho-hum night with the same-old, same-old expressions and flailing of arms.

The biggest gaffe of the night: To no one’s surprise, this designation goes to Biden, who struggled from the first words he spoke.

He seemed to lose his train of thought and had to pause several times when making basic points. Even when Biden lashed out against President Donald Trump, it seemed as if Biden strained to stay focused on what he was saying.

His biggest gaffe of the evening was when he said we should “keep punching at” domestic violence. People in the audience audibly gasped at that.

And one final notable mention: Climate change had a starring role in this debate. All candidates cited it as a priority — but billionaire Tom Steyer is the one-issue candidate who says it’s the biggest threat we face both domestically and globally.

Entrepreneur Andrew Yang, still tie-less, wanted everyone to know Steyer was putting his money where his mouth is when it comes to climate change.

This gave the impression Yang was more focused on making friends with Steyer than on debating the other candidates.

The next debate will take place on December 19 at UCLA — and so far, only six candidates have qualified: Biden, Sanders, Warren, Buttigieg, Harris, and Klobuchar.