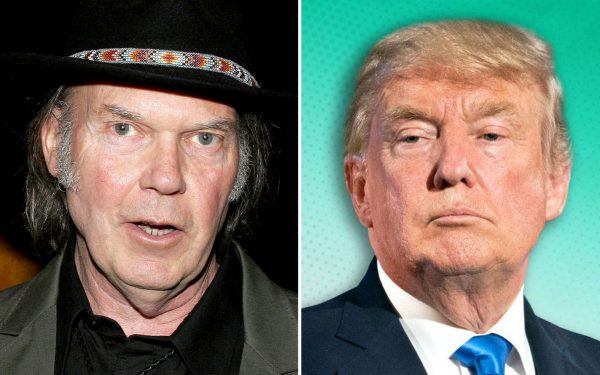 Liberal rock star Neil Young says presidents for the past half-century, including Donald Trump, are losers for doing nothing about climate change.

Related: Climate-Change Rant Has People Wondering About the Girl’s Parents [1]

The singer believes American presidents should have addressed the issue 50 years ago.

“They are both losers,” Young told the Associated Press about Trump and his most recent predecessor.

“The time to do something has been ‘now’ for the last 50 years, and no one’s doing anything,” he also said.

“Can you imagine that? They’re trying to fight California for lowering the emissions of vehicles?” said Young, apparently referencing Trump’s September announcement [6] that his administration’s decision would revoke California’s federal waiver on emissions.

“That’s a big thing where the U.S. government is trying to stop — what is going on? I’m at a loss,” continued Young.

“I hate to talk about this, because it just puts me in a group with everybody else, but I really think that we just need to think about ourselves as one thing, one race, one — we’re human, and we’re smart.”

Young has blasted Trump for years.

In 2018, he said the California wildfires were the president’s fault, claiming that California is vulnerable “not because of poor forest management,” but because of climate change and its “deniers.”

Video: Neil Young opens up about his political opinion on President Trump and former President Barack Obama, and talks about the climate change crisis https://t.co/XnvoJdEj0W [7] pic.twitter.com/K5gkFjmiez [8]

“We are vulnerable because of climate change — the extreme weather events and our extended drought is part of it,” said Young.

“Imagine a leader who defies science, saying these solutions shouldn’t be part of his decision-making on our behalf.”

Young is not the first leftist celebrity to adopt the climate change narrative unquestioningly and to lay the entire blame on Trump.

There is an honest discussion to be had on climate change, its supposed effects, and the politics surrounding it — but Neil Young doesn’t seem interested in having it.

Read more at ThePoliticalInsider.com:
Pelosi Mocks Reporter for Asking About Trump’s Due Process During Impeachment [11]
House Dem Claims Trump Can Still Be Re-elected After Being Impeached [12]
Ocasio-Cortez Says Drug Consumption Should Be Decriminalized [13]