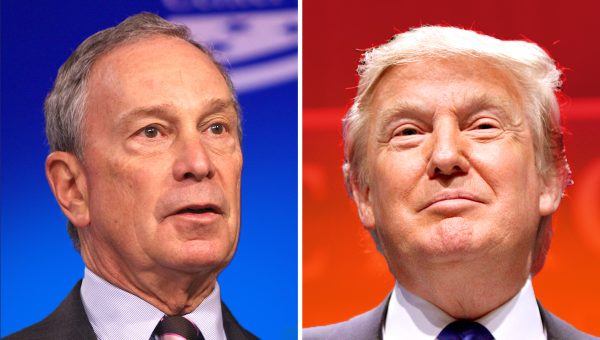 The one-minute ad was posted on social media.

It features images of Bloomberg campaigning during his younger years, shots of New York City, and “unflattering images of President Donald Trump” in “the launch ad,” according to one of his top advisers, as Fox News [2] reported.

Bloomberg also posted a written statement on his campaign website.

He said, in part, in his statement: “I’m running for president to defeat Donald Trump and rebuild America. We cannot afford four more years of President Trump’s reckless and unethical actions. He represents an existential threat to our country and our values. If he wins another term in office, we may never recover from the damage. The stakes could not be higher.”

“We must win this election. And we must begin rebuilding America. I believe my unique set of experiences in business, government, and philanthropy will enable me to win and lead.”

The billionaire [1], on his site, also declared that he’ll be self-funding his campaign and will not accept campaign donations.

“Mike is currently leading multiple national efforts to tackle the biggest challenges facing America, including gun safety, climate change, and public health,” the site notes in a folksy, chatty style. “He founded Everytown for Gun Safety, the broadest and most impactful coalition of Americans fighting for common-sense gun laws, and recently launched Beyond Carbon, the most comprehensive climate change initiative in United States history. Mike has given away $10 billion to charitable causes, and Bloomberg Philanthropies works in 510 cities and 129 countries across the world to ensure better, longer lives for the greatest number of people.”

Michael Bloomberg formally entered the 2020 race, offering voters a “new choice.” His wealth is an advantage, but he also has political baggage. https://t.co/cvB6t5ojCv [7]