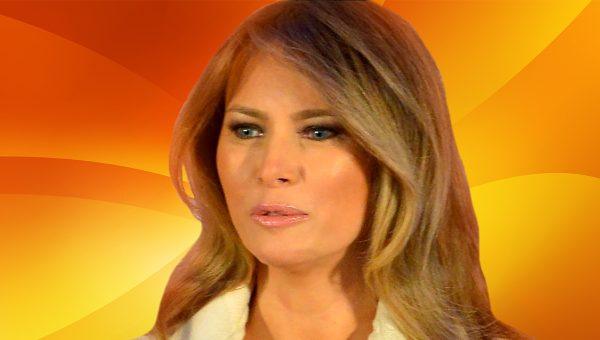 Melania Trump said not long ago that she felt she was one of the most bullied people in the world [1].

It’s not surprising she would feel that way, as many people who disagree with her husband’s policies and positions have gone after Mrs. Trump for anything and everything she does [2], simply because she stands by the side of President Donald Trump as his wife and partner and is the mother of one of his five children.

This treatment of Melania Trump is patently unfair, as this sort of mockery and disrespect was not dished out to former first lady Michelle Obama [3] or other first ladies before her.

Now, a new photo book coming out from Post Hill Press, an independent publisher based in Nashville, Tennessee, and in New York City, honors the first lady with a gorgeous array of photos and accompanying text — and it’s due out on December 3 of this year. Simon & Schuster will be distributing the book.

“Melania Trump: Elegance in the White House” by L.D. Hicks [4] shares Melania Trump’s accomplishments as first lady. The book is available for pre-order on both Amazon [4] and Barnes and Noble.

LifeZette was sent an early electronic copy of the book, which examines a “tough, stylish woman’s rise to the top.”

It features over 100 photographs of her.

“She was born Melania Knauss, in the Eastern European country of Slovenia in 1970 at a time when it was a part of the Soviet bloc country of Yugoslavia,” as the introduction notes in part.

“Melania’s father was a car salesman and her mother was a designer of children’s clothing. Knauss got her start in modeling at a very young age, wearing her mother’s designs for Slovenian clothing catalogs.”

Then, at age 16, she began modeling professionally.

“She briefly attended the University of Ljubljana where she studied architecture for a year, but opted out when she signed with an agency in Milan to model full-time. She worked primarily in Italy before moving to the United States in 1996, where her career took off. Her initial runway success caught the attention of famous photographers and landed her the covers of many well-known magazines, including the vaunted Sports Illustrated Swimsuit Issue,” the book also explains.

“Melania Knauss met Donald Trump in 1998 at a Fashion Week party at the Kit Kat Club in Manhattan” — and  by that time, she was gracing the covers of the world’s biggest fashion magazines.

The couple were engaged by 2004 and, the following year, they “had the wedding of a lifetime in Palm Beach, Florida.”

“On the star-studded guest list was future nemesis Hillary Clinton and her husband and former president, Bill Clinton,” by the way.

The book explains that “2006 was an amazing year for Mrs. Trump”: That year, the Trumps’ son, Barron, was born [5] and she became an American citizen.

Just 10 years later, in November 2016, when Donald Trump was elected 45th president of the United States, “Melania Trump became only the second first lady born outside the United States. (The first was British-born Louisa Adams, spouse of John Quincy Adams.)”

“Melania Trump’s journey from a communist upbringing in Slovenia to becoming first lady of the United States gives her a perspective [6] on true freedom that most people from western Europe and the United States take for granted.”

The book highlights the journey of someone who brings her own “distinctive elegance” to 1600 Pennsylvania Avenue and to her work on behalf of Americans.

At a time when so many people appear to go out of their way to disrespect America’s first lady for their own political purposes — or simply because they can, on social media and elsewhere — it’s refreshing to see a new book that captures so much of Melania Trump’s grace, beauty and poise — and all of her charitable and humanitarian work as well.

She’s shown with children, with dignitaries, with staff, with Americans across the country. She’s shown sharing details of her Be Best campaign, [7] a comprehensive initiative for children and families focused on three main points: well-being, fighting opioid abuse, and positivity on social media.

And she’s shown in diligent moments at the White House, as she oversees a variety of events, activities and arrangements.

Americans can appreciate their first lady — as she deserves to be appreciated.

For more information, see this link. [8]