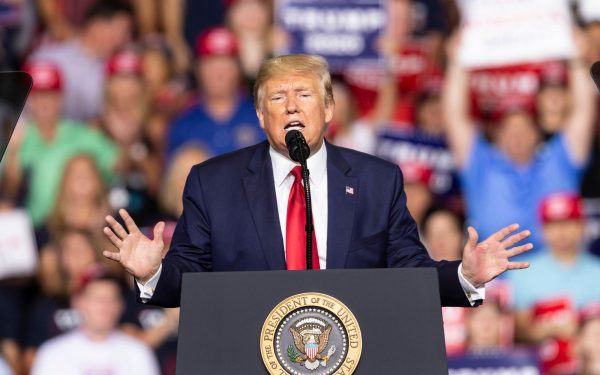 A very tough governor’s race in the state of Mississippi has President Donald Trump headed to the Magnolia State on Friday evening for a major 2020 re-election campaign rally.

The Mississippi’s governor election on Tuesday pits two established politicians against each other for the open seat in the conservative Deep South state.

Republican Tate Reeves is finishing his second term as lieutenant governor — while his Democratic challenger, Jim Hood, is serving his fourth term as attorney general. In previous races, he’s been elected by wide margins.  [1]

As usual with Trump rallies, the lines to get into the BancorpSouth Arena started many hours ahead of the event.

The event also comes after strong jobs numbers were released on Friday morning — including the lowest ever black unemployment numbers [2] ever recorded.

Stay on top of the entire Trump rally, start to finish, by watching the livestream here: