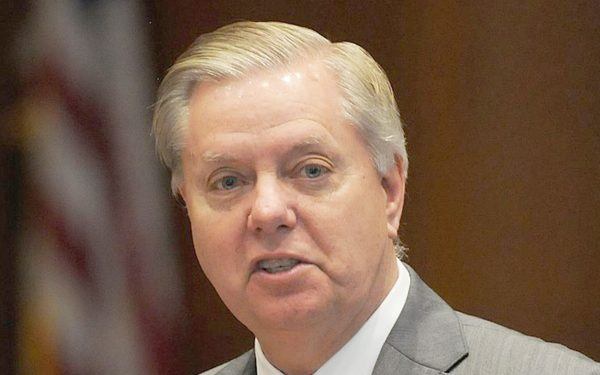 Sen. Lindsey Graham (R-S.C.), speaking on the Fox News program “Sunday Morning Futures with Maria Bartiromo,” said he considers “any impeachment in the House that doesn’t allow us to know who the whistleblower is to be invalid.”

Without that “whistleblower complaint,” he said on Sunday morning [1], “we wouldn’t be talking about any of this.”

So the process would be unfair if the person who brought the complaint at the start of all of this does not have to face questioning by lawmakers, he suggested.

Graham is chair of the Senate Judiciary Committee.

He accused House Intelligence Committee Chairman Rep. Adam Schiff (D-Calif.) of not caring about the truth [1].

He also said on the Sunday program that Hunter Biden should “be called” as part of the process.

“And if you don’t do those two things, it’s a complete joke.”

House Republicans over the weekend submitted a witness list for those they’d like to call for public testimony during the impeachment inquiry, as many outlets have noted.

But Schiff, who is overseeing the investigation, quickly rejected the GOP lawmakers’ request to have the whistleblower come forward.

If the House probe results in President Donald Trump’s being impeached, the issue then goes to a trial in the Senate.

Graham said this process is doomed if the whistleblower himself does not come forward to speak to Congress.

“It’s impossible to bring this case forward, in my view, fairly without us knowing who the whistleblower is and having a chance to cross-examine [that person] about any biases [he] may have,” he said.

“So if they don’t call the whistleblower in the House, this thing is dead on arrival in the Senate,” he declared.

Read more on this story here [1] — and share your thoughts.