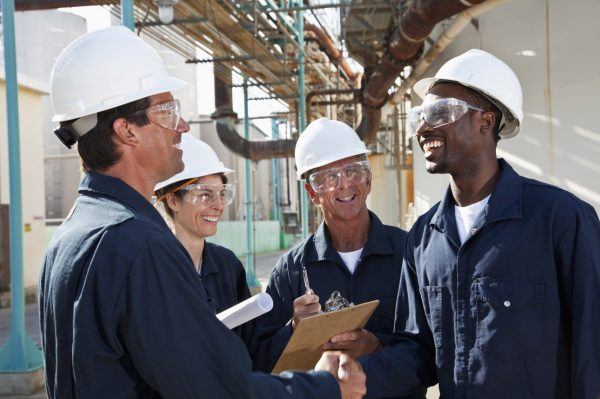 While unemployment continues to hover at historic lows overall, the unemployment rate for black Americans dropped to 5.4 percent in October, the lowest level ever recorded.

For the third month in a row, there has been record-low African-American unemployment.

Black male unemployment hit a record low of 5.1 percent, down three-tenths from the month prior.

That number was below the previous record low — 5.2 percent black unemployment set in December 1973.

For black women, the unemployment rate is at 4.8 percent, which is up two-tenths from September.

Record low unemployment has been the norm during most of President Donald Trump’s White House tenure.

“The U.S. economy added 128,000 jobs in October, while the unemployment rate rose to 3.6 percent, according to Department of Labor data released Friday,” The Political Insider [3] reported on Friday morning.

“Despite a General Motors strike, 128,000 jobs were added in October, according to the Bureau of Labor Statistics report [5] — about 8,000 fewer jobs than were added in September [6].”

TPI continued, “The unemployment rate has held steady between 4 percent and 3.7 percent for more than a year before the April jobs report showed it drop to 3.6 percent.”

“Prior to April’s report, the consistent unemployment rate suggested that workers are jumping back into the workforce to fill open jobs, rather than the workers who are currently collecting unemployment welfare, according to The Wall Street Journal.”

US finally being energy independent

The Democrats hate Trump much more than they love America

Good news for Trump. While Democrats continue to obsess over impeachment [8], most Americans of any political persuasion care more about jobs and putting food on the table.

This could mean everything in 2020.

Democrats are going to have a hard time making the case that they would be better equipped to handle the economy — when not only are more Americans at work than ever under the current Republican president, but more black Americans are as well.

With revisions, over 220k more jobs reported & wage growth at or above 3% for 15 months! Also, black unemployment reached another historic low!

Any talk of the economy slowing is just another talking point from the do nothing Dems! https://t.co/hcQ28FrHZ1 [9]

This could resonate with many African-Americans, who historically have been an integral part of the Democrats coalition.

Never forget that Trump did better [11] with both black and Hispanic-Americans in 2016 than Republican presidential nominee Mitt Romney did in 2012 — and that was before African-Americans were seeing such positive jobs results.

So let the Democrats continue to holler all they want about impeachment. [8]

We will see how many Americans actually care about that.

And we’ll all find out what voters’ true priorities are — jobs or partisan nonsense — come Election Day next year.