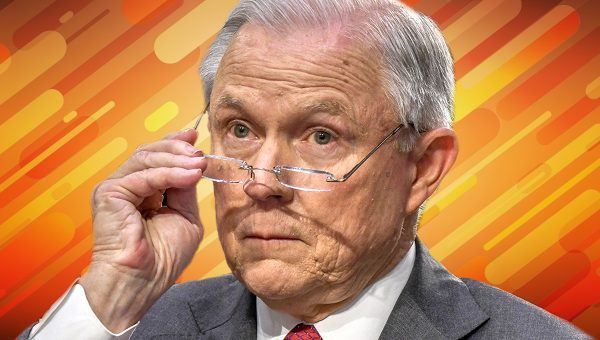 Jeff Sessions, a former Alabama senator for 20 years and a former attorney general for President Donald Trump [1] from 2017 to 2018, is expected to announce on Thursday night that he is running to again represent his state in the U.S. Senate.

The Republican faces a crowded GOP field in the primary, however.

And news has emerged that Mark Zaid, the lawyer representing the anti-Trump informer — otherwise known as the whistleblower — called for an unconstitutional “coup” against President Donald Trump mere days after the president was inaugurated.

Also, in case any of the activities of the so-called Democratic squad [3] are of interest, Rep. Ayanna Pressley (D-Mass.), unlike her three radical cohorts who have endorsed Sen. Bernie Sanders (I-Vt.) for the 2020 Democratic nomination for the presidency, is backing her home-state candidate, Sen. Elizabeth Warren (D-Mass.), in next year’s election.

These are some of the stories leading the conversation right now that LifeZette is monitoring for our readers.

Now let’s get into more detail.

1.) Sessions is likely “in.” After his falling out with President Trump upon recusing himself from the Mueller investigation, many people expected Jeff Sessions [2] to retire quietly into obsolescence.

But that apparently doesn’t suit the 72-year-old former senator and U.S. attorney general who had been active in the Trump campaign before the election.

Sessions is expected on Thursday to throw his hat in the ring to take back his old seat [4] that was gained by Democrat Doug Jones [5].

Jones, in December 2017, won the seat in deep-crimson Alabama when the candidacy of ultraconservative and pugnacious GOP nominee Judge Roy Moore crashed and burned in the special election to replace Sessions.

Sessions will face numerous GOP primary opponents and at least the initial indifference — if not the outright opposition — of the president.

And some GOP elected officials, such as Matt Gaetz (R-Fla.), are not happy with Sessions.

Jeff Sessions returning to the Senate is a terrible idea.

2.) Zaid’s zinger is uncovered. Mark Zaid, who represents the CIA informer who has accused the president of conducting a quid pro quo with the Ukrainians during a July 25 phone call [7], does not have a great deal of knowledge about the U.S. Constitution, apparently.

Either that, or he is no fan of democracy and prefers banana republics — the regimes, not the stores.

Proof in that pudding is Zaid’s immediate call for a “coup” against then-newly inaugurated President Trump in January 2017.

His full line was, “We will get rid of him, and this country is strong enough to survive even him and his supporters.”

But this hasn’t been a Democrat set up from the beginning?

Eric Ciaramella is a Deep State subversive along with his seditious lawyer Mark Zaid:https://t.co/ADg36pYrUj [9]

3.) Pressley picks her 2020 favorite. Rep. Ayanna Pressley of Massachusetts — a Democrat squad member — is no stranger to controversy.

She infamously told minority Americans to shut up and get in line [11]: “We don’t need black faces that don’t want to be a black voice,” she said in July of this year, as LifeZette previously reported [11].

Here’s what she said in full on this matter at a Netroots Nation conference [12] in July 2019: “I don’t want to bring a chair to an old table. This is the time to shake the table. This is the time to redefine that table. Because if you’re going to come to this table, all of you who have aspirations of running for office — if you’re not prepared to come to that table and represent that voice, don’t come, because we don’t need any more brown faces that don’t want to be a brown voice,” said Pressley.

Now she has taken those views — and made common cause with Sen. Warren of her home state.

Thus, not surprisingly, she’s endorsed Warren for the 2020 Democratic nomination.

Warren, for her part, was happy to get the help “for the big, structural change that we need.”

Power belongs in the hands of the people. I'm proud to fight alongside @AyannaPressley [13] for the big, structural change that we need. pic.twitter.com/eb6Cqt3dsU [14]

Pressley will no doubt be a boon to the shrill senator anywhere minority voices are told to put a sock in it and toe the extreme Left ideological line.