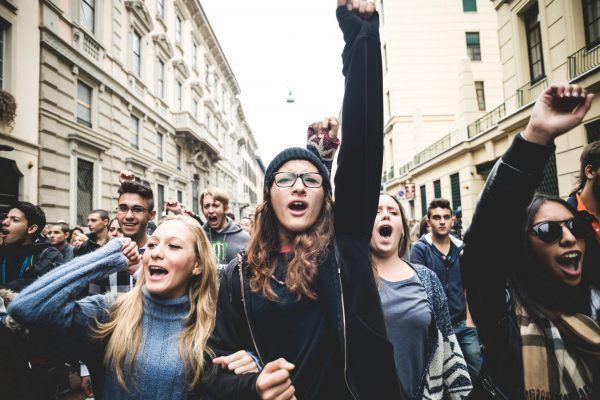 So many people are disappointed in Chick-fil-A after the company caved or appeared to cave to the liberal mob. [1]

Sure, the outlet is trying to play “damage control” and claim there was no surrender when it withdrew funding from certain organizations it had supported previously.

But to me, there was.

At a time in our history where it’s so important to stand firm and embrace traditional moral values, what Chick-fil-A [1] did was a slap in the face to any advancement of this.

And when you make liberals “celebrate,” as they did in this case, you know you’ve done something terribly wrong, as I see it.

However, there’s still a beacon of hope in terms of a large successful Christian company staying 100 percent true to its roots — and that’s Hobby Lobby.

The president of the successful chain of crafting stores said that no matter what, it’s always faith and family above fortune.

“We value family, and one of the things that we tell our co-managers as we kind of get them up to speed is that their family is more important than this business, and they need to be sure to take care of their family first and then Hobby Lobby second,” said Green.

“In a retail space where stores are jockeying for who can stay open the most during the holiday shopping season, Hobby Lobby maintains a specific schedule. It is closed on major holidays as well as every Sunday,” the Fox Business [3] article also noted.

Green said very few of his company’s advisers are suggesting changing that practice, either. “Our success is the fact that we do have our priorities right as best as we can,” Green told Cavuto on his program, “Cavuto: Coast to Coast.”

Green pointed to his belief in the Bible as the reason his business has done so well through all economic climates, noted Fox Business. [3]

Below is a video on the history of Hobby Lobby and how the company’s faith drives all that it does.