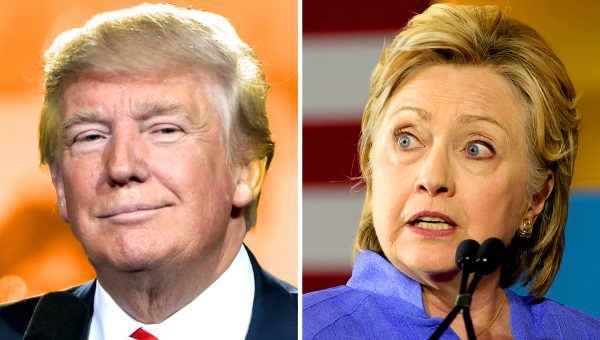 During a radio interview she did with the BBC, Democrat Hillary Clinton [1] lamented that the outcome of the 2016 presidential election may have been different had she simply been “gutsier.”

Clinton’s appearance was part of an effort to promote a new project alongside her daughter, Chelsea Clinton [2], titled “The Book of Gutsy Women.”

The former secretary of State was asked to name a time in her life when she failed to live up to the expectations of a “gutsy” woman.

While many may have cited the Benghazi terrorist attacks of 2012, Clinton naturally pivoted to her humiliating defeat in the previous presidential election.

“It’s a question that I ask myself all the time because trying to live a gutsy life doesn’t mean you’re always successful in doing so,” she asserted.

“And I think about the presidential campaign of 2016.”

Related: Hillary Gets a Lashing from Tulsi Gabbard [3]

“I thought I was as gutsy as I could be, but I probably could have been gutsier,” Clinton continued, “if I figured out a way to reveal what was happening in a more effective way.”

While promoting her book, @HillaryClinton [4] said she should have been “gutsier” in explaining that “Russians were behind the theft of material”https://t.co/eIPeC4lECv [5]

Clinton fleshed out her argument that she needed to be gutsier by pointing out that the Russians had been involved with a “theft of material” — presumably she’s referring to the Wikileaks Democrat National Committee emails.

“You know, when we talked about how the Russians were behind the theft of material, a lot of people thought, ‘What are they talking about?’ They just dismissed us in both the public and the press,” the former first lady said.

“So, could I have been gutsier in pushing that point and trying to alert people to what is going on? … So we all need to be a little gutsier in trying to get to the truth about what is happening.”

It stands to reason that former President Barack Obama should have been a little gutsier as well, in our view — considering he and his administration issued a stand-down order in trying to combat Russian interference in the election.

Obama knew Vladimir Putin [7] was interfering in our election while it was happening — and chose to do nothing about it.

It was Susan Rice, his former national security adviser, who reportedly issued the stand-down [8]order to officials who were developing plans to respond to Russian election meddling [9] attempts in 2016.

Asked the gutsiest thing she’s ever done, Hillary Clinton tells @GMA [10], “Personally, make the decision to stay in my marriage.”

“Publicly, politically, run for president. And keep going. Just get up every day and keep going.” https://t.co/M5slGg72vA [11] pic.twitter.com/N9tgSqtuEW [12]

Hillary also addressed the rumors swirling about her potential desire to jump into the 2020 election.

“I try to give the best advice I can to the candidates who are running because my goal is to help retire the current incumbent,” she said, neither confirming nor denying the rumors.

She genuinely believes she won in 2016.

Recently she said, “Maybe there does need to be a re-match” and boasting of Trump, “I can beat him again.”

In previous interviews, Clinton had claimed the “gutsiest” thing she’s ever done was to stay married to former President Bill Clinton — despite his numerous affairs and accusations of assault.

It’d probably viewed as gutsy if she would ever actually admit to losing in 2016 because she was a terrible candidate. We won’t hold our breath.