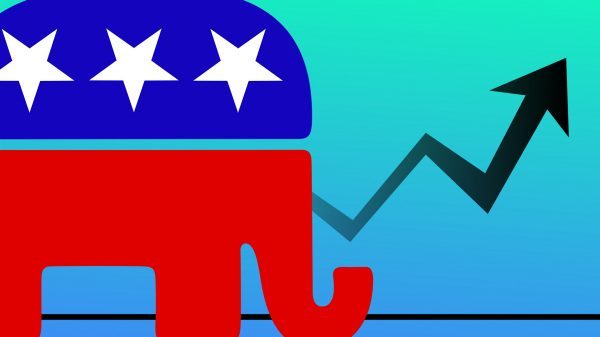 There is a direct line between the House impeachment inquiry vote of yesterday — which passed because of Democrats [1] — and GOP complacency.

The phenomenon is best evidenced by the “red tsunami” line that was widely spread during the 2018 campaign.

Any cogent analyst or observer could have said — and did — that there was no way the GOP was going to achieve anything like a “tsunami” last year.

Three reasons: It was a midterm election (the party in the White House generally loses seats at any midterm); in 2016 the GOP hit Democrats under the radar (but in 2018 the Dems saw it coming); and not one respectable poll called for the GOP to pick up seats, even when factoring in the usual Republican undercount.

But there were people out there who bought into the rose-colored-glasses scenario when it came to that election.

We saw what happened: There was a loss of 40 seats, and with that, Republican control of the House — and yesterday’s impeachment process resolution.

Those folks could have better spent their time fighting the campaign like the dickens and not illogically and smugly predicting a virtually impossible victory.

Thursday’s House passage [3] also happened simply because of numbers. The Democrats have more people in the House right now and thus they call the shots.

Republicans run the Senate because they have the numbers there. That’s why it is disconcerting to see the GOP base sometimes more concerned with finding heretics than with creating converts.

Sure, there are Republicans who — like Sen. Mitt Romney (R-Utah) [4], say — are easy to loathe. But if it is done to the point in either chamber of endangering their seats in a competitive campaign against a Dem, then the GOP risks losing the “R” at the end of their names and the party control it brings.

If Republicans didn’t have that control in the Senate, President Donald Trump could be looking at a possible conviction in a trial after impeachment and removal from office. They are two distinctly different things — impeachment and conviction.

There are positive scenarios: Think Bill Clinton post-impeachment, when his approval numbers actually went up when he was acquitted in the Senate. That situation would not be potentially so cheery for the GOP if they didn’t control the upper chamber by guys like Romney caucusing with them [4].

When it comes to misguided vigor, there seems to be a small set of gullible Republicans and conservatives who give the looniest leftists a run for their money, from the “Q Anon” internet cult to regular social media come-ons. (Saw one today on Facebook that said Jennifer Anniston was leading a coalition of Trump-supporting celebs and it was taking Hollywood by storm … Uh huh …)

They seemingly believe any claim or scenario out there, no matter how inane or outlandish, that plays into their biases and/or pie-in-the-sky desires.

The Republicans should be better than that. The Dems are the party of hysterical drool-bucket emotion. The GOP is supposed to be the party of logic and empirical analysis.

But instead, some Republicans indulge in the kind of fantasy that dulls their edge going into hard campaigns.

And make no mistake about it: The 2020 election will be tough as nails, in my view. The Dems have about 47 percent of the popular vote locked up, the GOP slightly less. Given their shady ballot counting schemes in places like Orange County, California, the Dems probably have a solid advantage in the swing 8 percent.

However, the raw vote only drives the Electoral College numbers. And there Republicans can take the presidential race if they go into it with a clear understanding that it won’t be a “nearest run thing.”

It won’t take a tsunami — and the GOP shouldn’t expect or plan for one.

Republicans need to run like they’re always two points behind. That’s how they win — and that’s how they work to make sure the House debacle this week doesn’t happen again at least in the following two years.