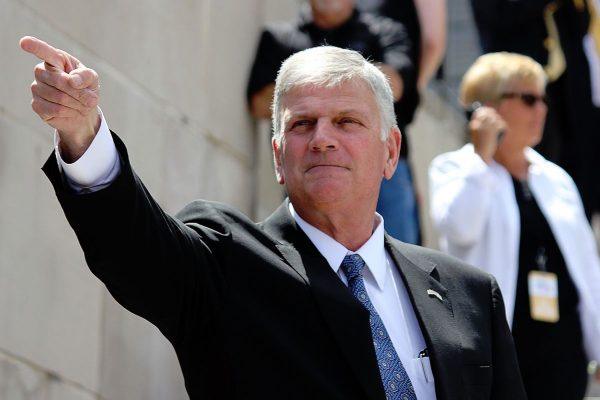 Rev. Franklin Graham did not mince words when he appeared on “The Eric Metaxas Radio Show” recently.

He was there to discuss his charity, Samaritan’s Purse, and also the Chick-fil-A mess, after the company caved to the LGBTQ mob, in my view, by deciding not to donate to certain organizations any longer.

But toward the end of the interview, the discussion turned to politics — and Rev. Graham has some very strong (and correct) feelings on President Donald Trump and also the people who oppose him.

Metaxas said, “It’s a very bizarre situation to be living in a country where some people seem to exist to undermine the president of the United States. It’s just a bizarre time for most Americans.”

Graham suggested there was a spiritual root to the situation: “Well, I believe it’s almost a demonic power that is trying [this].”

“I would disagree,” Metaxas said. “It’s not almost demonic. You know and I know, at the heart, it’s a spiritual battle.”

Graham agreed with that point and then correctly pointed out that Americans are finally prosperous again, thanks to President Trump.

Graham also pointed out that a strong economy means Christians have disposable income and money to help their local churches.

He went on to say that regardless of some mistakes in the past, Trump “defends the faith.”

You can watch the video below (comments on Trump begin around the 21:18 mark, but the entire interview is worth watching).

Read more at WayneDupree.com:
Former Longtime Girlfriend of Paul Pelosi Claims She Was Witness to Corruption [3]
Report: Whoops! DNA Test Shows Hunter Biden Is the Father of Arkansas Woman’s Baby [4]
Schiff’s ‘Star Witness’ Not Only Blew Up Dems Entire Impeachment Case, He Smiled While Doing It [5]