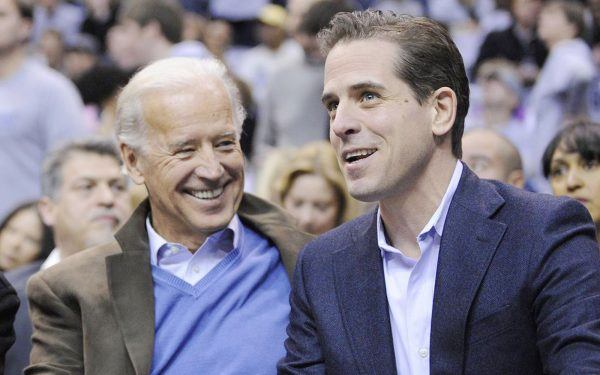 A new report from the Washington Examiner [1] tells quite a story.

Hunter Biden was significantly involved with an investment firm that received $130 million in federal bailout loans while his own father, Joe Biden, was serving as vice president for then-President Barack Obama.

The younger Biden joined the Rosemont financial network in June 2009 when he and Rosemont Capital executives Devon Archer and Chris Heinz incorporated Rosemont Seneca Partners in the state of Delaware.

This happened just three weeks after the firm was created.

REVEALED: "An investment firm linked to Hunter Biden received over $130 million in federal bailout loans while his father Joe Biden was vice president and routed profits through a subsidiary in the Cayman Islands" https://t.co/d5d3uTL6Fu [2]

The loan program that Rosemont Seneca Partners benefitted from was called the Term Asset-Backed Securities Loan Facility (TALF), in which the Federal Reserve and Treasury Department would choose firms or investors who would enter it by purchasing bonds that banks were having difficulty selling.

Many of these bonds included sub-prime mortgages and bundled student loans.

People criticized the program when it began, saying it was prone to corruption because the way the companies that benefitted were chosen was not fully transparent.

As the Washington Examiner reports, “Three weeks after Rosemont Seneca was incorporated, a subsidiary of Rosemont Capital, called Rosemont TALF SPV, received $23.5 million in federal loans through the TALF program.”

“Over five months, the company received a total of $130 million from the program in multiple installments for investments in subprime credit cards and residential mortgages.”

Tom Anderson, director of the Government Integrity Project at the National Legal and Policy Center, an organization that was critical of TALF, told the Examiner, “This is a great example of the suspicion of many Americans that these bailouts were used to benefit connected insiders while ordinary Americans went broke.”

Americans deserve answers. It’s also curious that many of the organizations that received TALF loan money routed the profits through the Cayman Islands, a popular tax haven.

Rosemont was among the companies that did this.

As Sen. Bernie Sanders (I-Vt.) asked in 2010 in a letter to the Federal Reserve, “Why would the Fed lend to material investors located in the Cayman Islands?”

Shouldn’t there by many new questions now for Hunter Biden and his father, too?

This piece originally appeared in The Political Insider [6] and is used by permission.