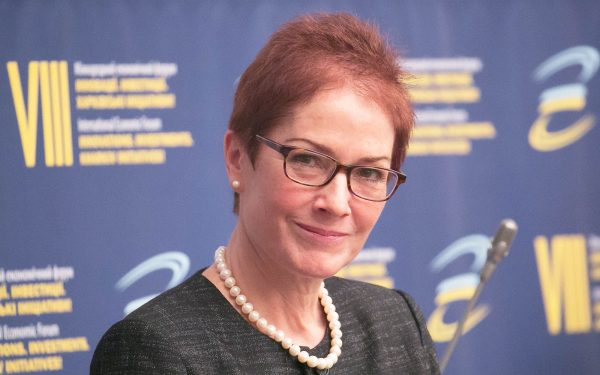 This past Friday, House Democrats trotted out Marie Yovanovitch [1], the former U.S. ambassador to Ukraine, as their third witness in what I consider a farcical impeachment inquiry.

Related: What Adam Schiff Did to GOP Lawmaker Could Be Considered ‘Intimidation’ [2]

It was unclear exactly why she was there to testify, except to complain that she was transferred out of her ambassadorship.

It felt more like a human resources complain than an impeachment issue.

Yovanovitch was the type of witness Dems like to parade about to try to elicit some sympathy from people.

The spectacle reminded me of the “baby-voiced” Dr. Christine Blasey-Ford, [3] who claimed in the summer of 2018 — without witnesses or evidence — that now-Supreme Court Justice Brett Kavanaugh sexually assaulted her decades ago when they were young people in the D.C. area.

Many people bought into the charade this past Friday, in my view, including anti-Trumper Chris Wallace of Fox News.

He claimed that if people weren’t “moved” by Yovanovitch’s testimony, then they didn’t “have a pulse.”

But all was not sympathetic and rosy for the former ambassador.

As a matter of fact, Fox Business host Lou Dobbs is now calling her out for lying.

“Ooh, not quite,” he said, reacting to part of her testimony on Friday.

Dobbs said Marie Yovanovitch lied about her “do not prosecute” list.

“As for events during my tenure in the Ukraine, I want to reiterate first [that] the allegation that I disseminated a ‘do not prosecute’ list was a fabrication,” she said. “Mr. Lutsenko, the former Ukrainian prosecutor general who made that allegation, has acknowledged that that list never existed.”

Lou Dobbs reacted strongly to that.

As investigative journalist John Solomon and The New York Times both have reported, Lutsenko denies he ever retracted that allegation.

So — if Yovanovotch lied to Congress, can we expect that she will be prosecuted and face years upon years in prison, as Roger Stone almost undoubtedly will?