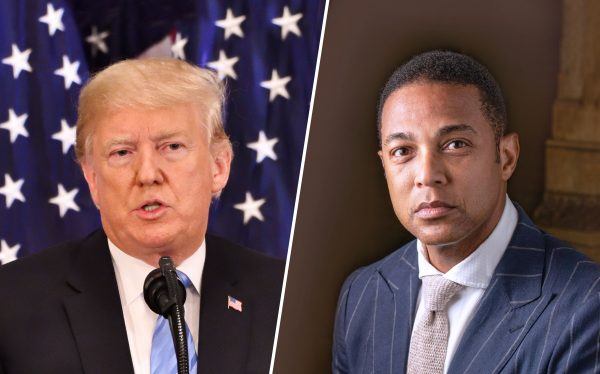 Could people on the Left finally be waking up?

Could they realize that all their fake news efforts are not “catching on” with the American people?

That’s what it sounds like to me, as panic starts to set in over at anti-Trump network CNN.

After throwing everything including the kitchen sink [1] at President Donald Trump, Democrats may finally be realizing what’s going on heading into the 2020 presidential election.

Recently, two CNN hosts separately pointed out that President Trump is doing pretty darn good — even after Democrats voted to formalize their impeachment inquiry against him.

Spoiler alert: Americans know this is a partisan political stunt.

One of those hosts was left-winger Don Lemon. He can’t help but wonder if Trump is “stronger” than Democrats realize.

Lemon broke down the developments since the impeachment inquiry vote — and declared that Trump had a good week last week.

“The House voted to advance the impeachment inquiry but the president managed to keep Republicans in line, not losing a single one and even gaining two Democrats from districts that he won in 2016,” Lemon noted.

“The president’s campaign manager says that they had a $3 million haul on the day of the House impeachment inquiry vote,” he added.

“And with Americans pretty much split right down the middle on whether he should be impeached and removed from office, this president may be stronger than you think.”

We’re not “split down the middle” — those are fake polls, in my view.

Most Americans do not want Trump impeached, from everything I’ve seen.

CNN's @DonLemon [2]: "With Americans pretty much split right down the middle on whether he should be impeached and removed from office, this President may be stronger than you think." https://t.co/GUifYwryI3 [3] pic.twitter.com/W6ArLmejk4 [4]