MORE NEWS: This Can’t Be Our Guy: Joe Biden Has Another Vulnerable Moment On Stage, Plans For Day One in Office 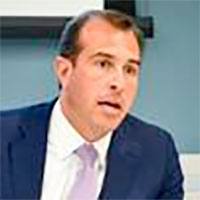 This Can’t Be Our Guy: Joe Biden Has Another Vulnerable Moment On Stage, Plans For Day One in Office

Cawthorn Targeted For No Reason

Masters of Projection and Deception. Democrats Don’t Want to Govern Us; They Want to Crush Us and Then Rule Us.