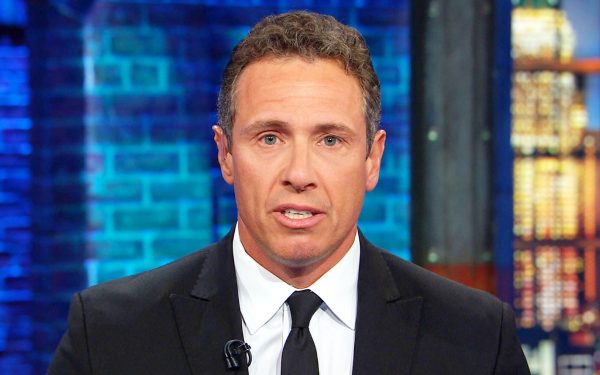 CNN anchor Chris Cuomo became the subject of widespread mockery when he tried — on live television — to disprove a theory put forth by President Donald Trump.

He actually proved exactly what the president had claimed.

David Holmes, political counsel at the U.S. Embassy in Ukraine [1], was not on a phone call between President Trump and Ambassador to the E.U. Gordon Sondland. But Holmes testified on Thursday [2] that he “could hear the president’s voice through the earpiece of the phone.”

Trump almost immediately took to Twitter to argue that the odds of that happening were unlikely.

“I have been watching people making phone calls my entire life. My hearing is, and has been, great. Never have I been watching a person making a call, which was not on speakerphone, and been able to hear or understand a conversation,” he argued.

The president then somehow baited Cuomo by adding, “Try it live!”

19/ Holmes “could hear the President’s voice through the earpiece of the phone” though it was not on speaker; Trump’s “voice was very loud and recognizable” and Sondland held the cell away from his ear for some period “presumably because of the loud volume.”

Cuomo apparently responded by saying in his own mind, “challenge accepted” — and proceeded to call his mother.

On live television — where everything proceeded to go downhill in a hurry.

“Let’s just play with that for a second. Mom, can you hear me?” Cuomo asked to no avail.

But Mother Cuomo had no issue hearing young “Fredo.”

It was he who could not hear the voice on the line as he held it down slightly, just as President Trump had alluded to in his tweet.

“Mom, can you hear me?” Chris Cuomo asked one more time after putting it on speakerphone.

“I hear you. When you talk to me, I hear you,” she replied at that point.

Cuomo then took it off speaker again — and, like clockwork, couldn’t hear her.

Nor could anybody on the set, including Bash, who was sitting right next to him.

Because we are in the absolute dumbest timeline, Chris Cuomo calls his mom on live TV to disprove Trump’s claim and demonstrate to viewers that bystanders can hear a caller on the other line…and we only hear his mother when he puts her on speaker. pic.twitter.com/Bif8QsmPHb [4]

If the glove does not fit … Too many people to list immediately pointed out the similarities between Cuomo’s stunt and that of prosecutors in the O.J. Simpson trial, when they asked the football star to try on the gloves that were used the night of the murder of which he was accused.

CNN’s Cuomo trying to prove you can hear a conversation on another person’s cell phone (while on speaker, mind you) is the most ill-advised thing we’ve witnessed on live TV since Marcia Clark had OJ try the gloves on. Check with this video out: https://t.co/EK3GYVtnce [6]

Others mocked Cuomo for aiding Trump’s defense against the House Intelligence Committee testimony.

Going to be hilarious when House doesn’t convict Trump because of Chris Cuomo.

Steve Krakauer, a former producer for CNN, even mocked Cuomo.

“Hard to find a TV news clip that more perfectly encapsulates the problem with the media in 2019 than this from CNN today — from Chris Cuomo calling his mom and proving the exact opposite point he’s trying to make, to John Dean’s conspiracy theory, to everything in between,” he wrote.

Cuomo, much like the network he works for, failed, in our view.