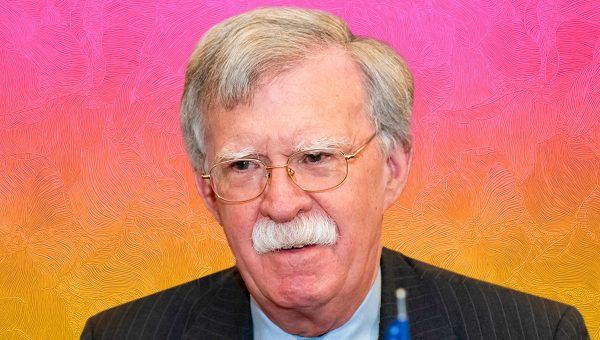 John Bolton, a former U.N. ambassador and former national security adviser for President Donald Trump, took a shot at his old boss on Tuesday in a tweet.

Here’s the commentary on social media that he shared for all to see.

“It probably goes without saying,” he wrote, “that our country’s commitment to our national security priorities is under attack from within.”

“Our enemies are not,” he said.

“We need to make U.S. national security a priority.”

It probably goes without saying, that our country’s commitment to our national security priorities is under attack from within. America is distracted. Our enemies are not. We need to make U.S. national security a priority. #JohnBolton [1]

It doesn’t take a Machiavelli to figure out where he’s going when he writes that the country is “under attack from within.”

But more than a swipe at President Trump, it represents the latest round in a D.C. national security tug of war between the old school of nation-building cold warriors who led the charge into Iraq — and the new school of non-interventionist leaders exemplified by the president.

Bolton also rather oddly, not to mention petulantly, accused the White House of suppressing his Twitter account.

Re: speaking up — since resigning as National Security Advisor, the @WhiteHouse [3] refused to return access to my personal Twitter account. Out of fear of what I may say? To those who speculated I went into hiding, I’m sorry to disappoint!

The cold warriors were in the catbird seat of U.S. national security policy for the vast majority of time between 1945-2017.

From the Truman administration to the Trump administration, with bench time during Democrat administrations starting in 1977, they called the tune in Korea and Vietnam, with NATO relations and with our status with the then-Soviet Union and Red China.

But after the American victory in the Cold War in 1991, this class of victorious geopolitical strategists needed a new gig.

With the advent of the George W. Bush administration in 2001 and the attacks of September 11, the stage was set for conflict.

But instead of just military victory, those who were triumphant in the cold war decided that militarily defeated nations would also be remade in the American image of free-market democracy.

They went to work on this project in Afghanistan and Iraq.

Just one problem: No one really asked the people of either country.

While U.S. and allied military forces performed bravely and honorably in combat, other U.S. personnel fanned out to bring the Western way of life to both nations.

However, Western values are the particular product of the Bible, Greek philosophy, Roman law, the Magna Carta, the Renaissance, the Enlightenment, the U.S. Constitution, and a host of other events, creations and developments that are specific to Western Europe and the United States.

Yes, there are other nations in the world that have followed this lead.

But they are few.

Because it is very difficult to ask peoples, nations, and cultures with completely different histories and values to switch to Western values inside the space of a generation. But the nation-builders tried. And failed.

John Bolton is of this school.

President Trump specifically ran against the Iraq adventure, and by association the views of John Bolton, in his 2016 campaign for president. When he was elected and began putting together his administration, he threw some bones to the other side of this debate.

Bolton was part of that effort. But it was a shotgun marriage sure to fail.

He has a book coming out and this cat-and-mouse tweet is no doubt part and parcel of that marketing campaign.

Whether he goes further and openly criticizes the president or sides with the Dems and testifies against President Trump in front of Congress is still unknown.

But no matter what happens, this drama is far from over.