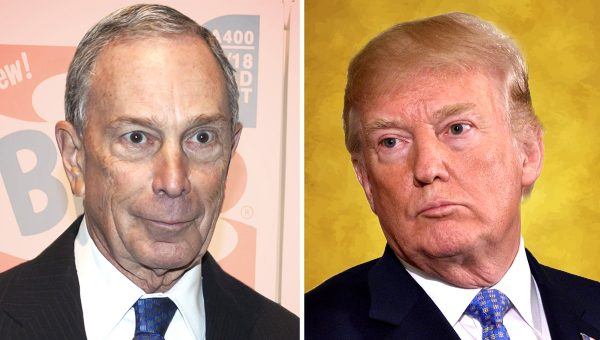 It’s a regular conservative complaint that media organizations such as CNN, ABC, CBS, NBC and so many others masquerade as news groups — when the evidence has shown they’re clearly partisan mouthpieces for the Left.

But one media outlet now has dropped the pretense.

Bloomberg LP, the financial services and media company owned and founded by 2020 Democratic presidential candidate Mike Bloomberg, has decided it won’t cover its owner or even any other Democrat running for the 2020 White House [1].

The news organization, however, will cover President Donald Trump.

One could now argue that the news organization will be acting, at least in some fashion, as an arm of the Democratic National Committee.

While Bloomberg has very little influence outside of the New York City and D.C. areas, and has almost no influence with the average voter, it is a Bible for the Boston-to-Washington corridor elites.

Bloomberg positioned the firm primarily as a business news operation, giving its left-leaning nanny state ideology the cover of a business network, in my view.

And while not as wild-eyed as some of its fellow media, Bloomberg News has gained a reputation for business coverage that gives a serious pass to the owner and his business and political cronies. It also has less than subtly followed the press pack in an effort against Trump — stoking a rivalry and mutual loathing between the men that goes back to their days as competing Manhattan moguls.

The operation is not a small one.

Churning out some 5,000 stories a day [3], many of them short business updates, Bloomberg has approximately 2,700 reporters in 150 bureaus around the world, according to reports. This is combined with a television network and a magazine.

In an almost surreal statement from an editor-in-chief of a news organization, John Micklethwait told his staff in a memo, “We will continue our tradition of not investigating Mike,” as Howard Kurtz at Fox News [4] quoted in a piece about the developments.

The group has even suspended its entire editorial board, Kurtz noted.

In a move reminiscent of Soviet-era media outlets, there is not to be even the sliver of a chance any word could issue forth that might have a negative effect on Bloomberg or any Dem contender.

Not all are happy with Bloomberg’s hands off-attitude toward every presidential candidate except President Trump.

It is truly staggering that *any* editor would put their name on a memo that bars an army of unbelievably talented reporters and editors from covering massive, crucial aspects of one of the defining elections of our time. Staggering.

So, if you by chance watch or read Bloomberg for business coverage — though The Economist is much preferable — know that with your stock prices and bond yields, you will be in a space where there is only one political target: President Donald J. Trump.

If that kind of authoritarian edict is what Mike Bloomberg brings to the world of journalism, imagine what kind of president he would be.