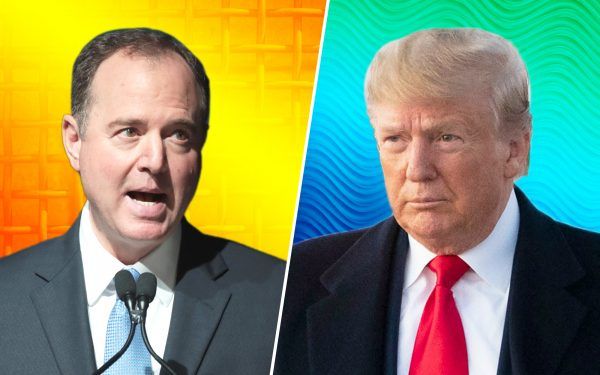 We’ve seen show trials before, inquiries before the one the nation has endured in the House of Representatives [1] this week and last.

The Communist Chinese used to love them, especially during the Cultural Revolution.

The Khmer Rouge of Cambodia was fond of the process. They favored a prosecution of anyone who wore glasses.

But the all-time champs were the Soviets. During the 1930s, they perfected the process to such a point that innocent men would plead guilty to anything the state wanted, lest their families be put to death.

Of course, if the state could find them guilty of anything the state desired, then the state had to come up with some pretty interesting stuff, as most of the men tried were actually the recent comrades of the accusers.

Thus, the Soviets perfected a technique that upended reality: They would charge the defendants with crimes so absurd, so ridiculous, so patently untrue on the very face of it.

When the prosecution said the sky was black, no matter what the sky looked like, the defendant agreed. Up was down and wrong was right until biased perceptions, not truth or reality, were the order of the day.

But, hey, chill. That only happened in early 20th century totalitarian countries.

That brings us to the recently closed impeachment inquiry hearings in front of the House Intelligence Committee, led by Democrat Chairman Adam Schiff of California.

From the first day of the George Kent, Bill Taylor, [2] and Marie Yovanovitch appearances last week [3] to Thursday’s serving of the Fiona Hill and David Holmes testimonies [1], we have seen the most absurd charges leveled at the president of the United States with the active collusion of the majority in the U.S. House of Representatives.

Related: Holmes Somehow Heard Enough Bits of a Trump Phone Call to Be a Dem-Called Witness [4]

Now, granted, nobody is going to the gulag or to a cell in the Lubyanka prison in Moscow.

But the same up-is-down and wrong-is-right tactics were on display, on live television, for all to see, minute by minute.

Chairman Schiff could gavel away inconvenient facts or the slightest word that went over the time limit. He could silence those who dared to challenge his party line. He could call only witnesses of his choosing. And he made sure to get in the last word, at the end of every single hearing segment.

And today’s mainstream media, or most of it, echoed his every remark. (He even ran out in the middle of the hearings to speak to them.)

Did the set-up bother them? Certainly not, as it was their own set-up scripted and choreographed closely with the Dems.

So what have we learned from all this?

We now know this can happen here — and we’ll see it happen again soon, when the House Judiciary Committee takes up articles of impeachment against President Donald trump.

Those indictments are sure to pass. The president will be impeached in the House.

The tyranny of the majority warned about in “The Federalist Papers” is here and now.

Where is it going from there?

The trial will begin in the Senate. That is, if House Speaker Nancy Pelosi (D-Calif.) doesn’t drag out the process to make it simultaneous with next year’s elections.

If so, the president could be on trial during the GOP convention, during the debates, or even on Election Day 2020.

What is certain is that this country is about to be torn apart in a process different than anything else in its history, in my view. This could make the impeachments of Presidents Andrew Johnson and Bill Clinton look like summer picnics.

What will come to pass on the other end is beyond prediction right now.

But assuredly, at least initially, it won’t be pretty.

All this, because the Democratic Party, its sense of fair play and patriotism shorn off by decades of a steady slide to the Left, is demanding power at all costs (and still licking its wounds from the 2016 election results).

If Democrats have to overturn the legitimate election result of 2016, so be it.

And when the Dems eventually lose in the trial in the Senate?

Only the country will have suffered.

The Democrats will just go on to the next show trial.