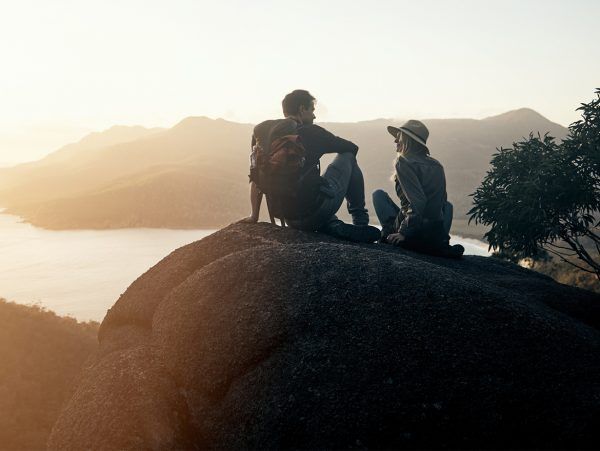 Few things in life stir up positive and negative emotions as much as the exchanges that occur between a husband and a wife. [1]

No one keeps track on a ledger — but exchanges between spouses result in either deposits into, or withdrawals from, their individual emotional bank accounts.

A happy marriage depends on a couple’s ability to discover how to keep each other’s emotional bank account in the black.

Is your spouse’s mood low when he or she is with you?

Is your loved one often irritable in response to your comments?

A husband may be confused about why his wife doesn’t seem happier when he brings home a bouquet of flowers for her.

Some wives wonder why their performance in the bedroom isn’t creating a better mood around the rest of their home.

It’s not rocket science — but there is some science to all of this.

1.) Know your spouse’s emotional currency. The way people prefer to receive affection from others differs from person to person. We can call this emotional currency because when expressing and receiving affection aligns with these preferences, you’re exchanging valuable goods.

The person expressing affection is giving from his or her own emotional resources.

Some people prefer quality time, words of encouragement, or the like over material gifts.

Cultivate curiosity about what warms your spouse’s heart. Observe and ask questions.

My wife loves when I spent time digging around in the vegetable garden with her. I warm up when she snuggles up to me on the couch while we watch a movie. When you discover your spouse’s emotional currency, take notes if it helps you remember.

Related: Secrets of a Solid Marriage (Hint: It’s Not Sex) [2]

Also, keep in mind there are some currencies that are universally accepted. These include sincere expressions of gratitude and appreciation. Also, widely accepted for making deposits is what marriage researcher John Gottman calls “turning toward.”

We turn toward our spouse when we give positive acknowledgment to his or her comments, as insignificant as those comments may seem — even comments about the weather.

2.) Make deposits often. Emotional withdrawals are impossible to avoid. We all make mistakes. We say something insensitive or mean. We forget to follow through on things we agreed to do.

But when we put our effort into making frequent deposits in our spouse’s emotional bank account, an occasional withdrawal won’t put us in the red.

When you discover your spouse’s emotional currency, use it often. Gottman’s research has discovered that couples whose positive exchanges outnumber negative exchanges at a ratio of five to one have the happiest marriages.

Every deposit in your spouse’s favorite currency is a positive exchange.

Jon Beaty [3], counselor and father of two, lives near Portland, Oregon. He’s the author of the book “If You’re Not Growing, You’re Dying: 7 Habits for Thriving in Your Faith, Relationships and Work.” This article appeared earlier in LifeZette and has been updated.