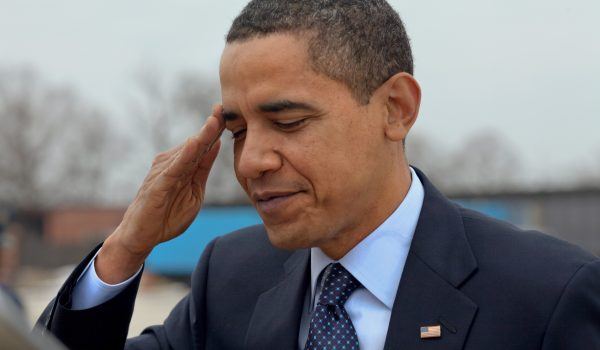 The image, obtained by the Washington Examiner [1], was posted on a close friend’s wedding website one year after Ciaramella left President Donald Trump’s White House.

In the photo, the then-Ukraine director on the National Security Council at the White House is shown smiling as he shakes the hand of Barack Obama in front of a portrait of Abraham Lincoln.

A person described by the Examiner as “a Republican close to the White House” cites the exchange as proof of Ciaramella’s deep-state bias.

“This photo confirms that career intelligence and foreign service officials serving at the highest ranks of the Trump White House have their own agenda and their own policy viewpoints,” the source claimed.

A picture of the alleged Ukraine whistleblower shaking hands with @BarackObama [2] has been unearthed.

“This picture raises serious questions about how this sham impeachment process started,” a senior Trump administration told the Examiner.

“It’s no surprise that [Adam] Schiff has now changed his story about letting the falsely labeled whistleblower testify.”

While the image itself doesn’t specifically speak to Ciaramella’s motivation — the report notes that aides often got a “prized” photo with Obama — his resume combined with the image certainly tells a story, as we see it.

He is a career CIA officer and a registered Democrat who worked with former Vice President Joe Biden and former CIA Director John Brennan.

He was Biden’s guest [5] at a State Department banquet in October 2016.

A report by RealClearInvestigations noted that Ciaramella is “a vocal critic of Trump who helped initiate the Russia ‘collusion’ investigation of the Trump campaign during the 2016 election.”

Jordan was asking about who was leaking national security information.

Schiff stops him to “protect the whistleblower”

“You have said you don’t know who the whistleblower is – even though no one believes you.”

Why they’re hiding him. Since the impeachment inquiry got underway, Democrats — led by House Intelligence Committee Chairman Adam Schiff (D-Calif.) — have done everything in their power to conceal Ciaramella’s identity from the public.

This image is one example of why.

He is everything the resistance party is, in our view: melodramatic over mundane exchanges with foreign leaders, willing to promote obvious collusion hoaxes, unhinged and determined to undo an election, and now a clear Obama fanboy.

That is why they’ve tried hiding him from the public.

“Even The New York Times admits that no one else is under any legal obligation.”

Thus, there is no legal obligation to protect Ciaramella.

Making it clear that the only reason Schiff and the Democrats are trying to hide him is because a partisan anti-Trumper as their main impeachment witness is not a good look.