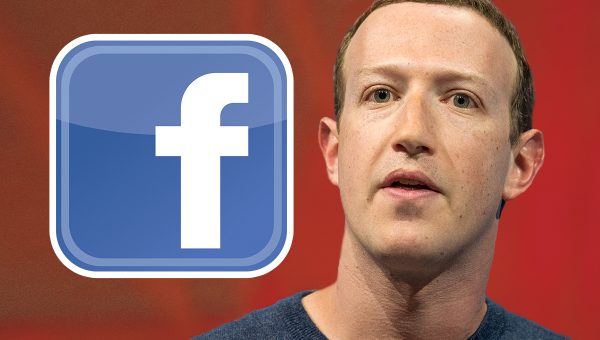 Facebook’s CEO Mark Zuckerberg, one of the wealthiest people in the world, just said he agrees with socialist Sen. Bernie Sanders (I-Vt.) that billionaires should not exist.

Related: Sorry, Mark Zuckerberg: No Oval Office for You [1]

The senator — still a 2020 candidate for the Democratic nomination for president [3] — went on to say he has plans for a wealth tax and what he’s calling a national wealth registry.

“This proposal does not eliminate billionaires, but it eliminates a lot of the wealth that billionaires have, and I think that’s exactly what we should be doing,” Sanders insisted.

As for Zuckerberg, who is worth — oh, about $69 billion or so — he was asked about Sanders’ comments during a Q&A session with employees on Thursday.

“On some level, no one deserves to have that much money,” Zuckerberg said of billionaires, as The New York Post [4] and others reported of his remarks.

“I think if you do something that’s good, you get rewarded.”

“But I do think some of the wealth that can be accumulated is unreasonable,” he said.

Zuckerberg: No one deserves to be a billionaire https://t.co/VgSZZbk8CR [5] pic.twitter.com/l2ZSetGdsy [6]

Zuckerberg has already promised to divest much of the wealth he accumulates in his life to various philanthropic causes.

However, during his talk with employees, he also acknowledged the criticism of such a small group of wealthy individuals getting to decide just what causes get support.

“We’re funding science, for example,” he said of himself and his wife, Priscilla Chan.

“And some people would say, ‘Is it fair that a group of wealthy people get to, to some degree, choose which science projects get worked on?’ I don’t know how to answer that exactly.”

“The alternative would be the government chooses all of the funding for all the stuff,” Zuckerberg then said.

Mark Zuckerberg, the fifth richest person in the world, on billionaires: "I don't know if I have an exact threshold on what amount of money someone should have, but on some level no one deserves to have that much money." https://t.co/UGetdakAzC [14]

“What I worry about a little bit when I hear sentiments like what the senator suggested is the suggestion that this should all be done publicly … I think [that] would deprive the market and world of a diversity of different attempts that can be taken.”

It’s unfortunate Zuckerberg is aligning himself with a socialist such as Sanders — someone who has indicated he’s hellbent on devaluing hard work and ingenuity by delivering as many handouts as possible to almost anyone who asks for them.

People who put in the hard work, the sweat equity and everything else, deserve all the money they make and any other rewards as well — and Zuckerberg should know that pretty well himself, one would think.

And they should be able to do with those rewards as they please — just as Zuckerberg and his wife are doing and have pledged to do.