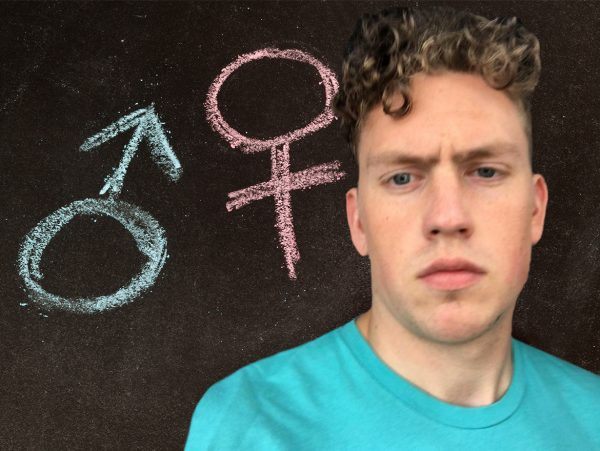 The liberals will use and abuse anyone, even kids, in order to push their agenda — that’s my honest opinion.

Take, for example, the “transgender movement.”

Liberals target children and young kids [1] — who have no idea yet who they are or what they want to be when they grow up — and push them into making life-altering decisions on gender that in some cases are irreversible.

Shows like TLC’s “I am Jazz” glorify and glamorize transgenderism.

You have to ask yourself: Where’s the “demand” for toys like this?

Related: Student Who Said There Are Only Two Genders Is Suspended [2]

It’s all part of a bigger plot to spread this type of progressivism throughout society, in my view.

There is nothing liberals want more than to have a “gender-neutral society,” free from toxic masculinity.

There are actual liberal professors who are pushing for kids as young as eight years old to have cross-sex hormone treatment.

What children do you know at that age who should be making cross-sex hormone decisions for themselves?

It’s an outrage — and it’s being celebrated by our mainstream media, including cable television.

“One doctor and medical school professor at the University of Southern California is reportedly responsible for guiding some 1,000 children into transgender identities, according to a Reuters news report,” as The College Fix noted.

Johanna Olson-Kennedy is an associate professor [3] of clinical pediatrics at USC’s Keck School of Medicine as well as the medical director [4] of the Center for Transyouth Health and Development at the Los Angeles Children’s Hospital.

Olson-Kennedy has advocated [5] for “gender affirming treatment” for significant numbers of children who claim transgender identities — comparing them to diabetic patients who need insulin, the same outlet also noted.

She has also advised that the minimum age [6] for cross-sex hormones treatment can be as young as eight years old.

There is is no epidemic of people who were born the “wrong” way, as I see it.

There is however, a massive PR push by those on the Left to generate a fake epidemic and push people into doing something they will regret later, all in the name of “progression.”

It’s why hundreds of young people are now regretting their decisions to transition to another gender — and now, they want help to go back to “normal.”

And this is a story that you will never read or see on the mainstream media in the United States.

Here’s how Sky News [7] reported it: “Hundreds of young transgender people are seeking help to return to their original sex, a woman who is setting up a charity has told Sky News.”

“Charlie Evans, 28, was born female but identified as male for nearly 10 years before detransitioning.”

“The number of young people seeking gender transition is at an all-time high but we hear very little, if anything, about those who may come to regret their decision. There is currently no data to reflect the number who may be unhappy in their new gender or who may opt to detransition to their biological sex.”

Charlie Evans said she was “stunned,” Sky News also reported, by the number of people she discovered who are in a similar position.

“I’m in communication with 19 and 20-year-olds who have had full gender reassignment surgery who wish they hadn’t, and their dysphoria hasn’t been relieved, they don’t feel better for it,” she says.

See the video below:

This piece originally appeared in WayneDupree.com [8] and is used by permission.