As this op-ed points out, there are contradictions surrounding the business magnate's legendary charitable giving

Does Warren Buffet truly believe in capitalism and the benefits of a free market system?

Buffet made a solid effort to reinforce his belief in the power of the U.S. economy and the value of the free markets in his most recent annual letter to Berkshire Hathaway shareholders.

Hailing “our country’s almost unbelievable prosperity,” Buffett credited “the American tailwind” for his business success and fondly recalled how he bought his first shares of stock at age 11.

Buffet almost waxed poetic with this line: “I had become a capitalist, and it felt good.”

Yet the faith in the system by the so-called Oracle of Omaha — a faith that enabled his fortune — masks a series of contradictions surrounding his legendary charitable giving.

Founded by the Buffett family in 1999 as the Spirit Foundation, Buffett’s signature charity was renamed NoVo Foundation in 2004. In an ironic twist, the NoVo Foundation (run by Buffett’s son and daughter-in-law) is funded exclusively by Berkshire Hathaway stock, according to public disclosures. That makes it reliant on the success of the same U.S. economy that NoVo’s grant recipients rail against.

Warren Buffett announced in 2006 that he would leave the majority of his fortune to the Bill and Melinda Gates Foundation. At the same event, the elder Buffett vowed to donate $1 billion to his youngest son Peter’s NoVo Foundation.

While Buffett’s children have said he doesn’t influence their choice of recipients of money, his son, Howard, said in a 2012 interview that the senior Buffett “has had a big influence on how we go about it.”

Most of the foundation’s roughly $100 million annual budget supports efforts that are considered Left of center. And in 2017, NoVo moved toward blatant political activism by launching the Radical Hope Fund.

“We launched the Radical Hope Fund as a radical experiment — can a time of increasing repression and darkness also serve as a springboard for deep collaboration and transformative change?” Peter and his wife, Jennifer Buffett, NoVo’s co-presidents, said in 2018.

“The answer has been overwhelming … Justice leaders everywhere are planting the seeds for a radical new world based on equity, possibility, power, and dignity for all,” they continued.

MORE NEWS: Dhillon on FBI Raid: ‘My Mind Is Blown That This Can Be a Justified Search of a Former President’

Among the extremist groups that the NoVo Foundation has directly or indirectly funded is the Alliance for Global Justice, which describes itself as a “conduit” for keeping “funds flowing to radical and anti-American groups that terrorize’’ capitalism, according to published reports.

The outfit received $615,000 from Novo Foundation in 2017 for initiatives that include economic and gender justice, according to a review of public disclosures.

The Alliance for Global Justice used some of Buffett’s money to fund Antifa, which independent researchers have determined is a violent protest movement. Other funds went to the FANG Collective, a group of anti-energy extremists who have protested against pipeline projects.

His money also funded violent opposition to the Dakota Access pipeline in North Dakota, even though studies have found that oil and gas pipelines benefit the economy. The NoVo Foundation even provided $1 million for legal support for jailed pipeline protesters.

NoVo showered Allied Media Projects with $3 million in 2018. The Detroit-based group purports to “cultivate media for liberation” and attempts to “dismantle supremacist systems as they operate upon us.”

MORE NEWS: Watters: ‘The Espionage Act is for Double Agents and Soviet Spies Not American Presidents’

Related: Gates Foundation, Warren Buffett and Others Need to Worry About Donations to Clinton Charities

Buzzwords such as “supremacist systems” are progressive code for capitalism.

Over the last two years, NoVo has granted $800,000 to New World Foundation to support OUR Walmart, a campaign to help Walmart employees unionize. Walmart, the nation’s largest private-sector employer, has long fought unionization efforts. (I did reach out to NoVo for comment, by the way, but did not hear back by the time of publication of this piece.)

Berkshire Hathaway owns more than $1 billion in shares of Costco, a competitor to Walmart. Buffett is a longtime investor in Costco — and the company has had some of the same board members who also serve on the board of Berkshire Hathaway.

MORE NEWS: Watters: ‘Biden’s Family is on Our Enemy’s Payroll’

A few months after the 2014 investment, NoVo Foundation gave $2.5 million to the Coalition of Immokalee Workers, a worker-based human rights organization, following up with another $2 million dollar donation in 2017.

During this time, the coalition led protests against Wendy’s and McDonald’s — over issues such as labor conditions where their products are grown — which are direct competitors to Burger King.

Rather than being praised for his altruism, Buffett should be condemned for directing his donations in ways that prevent others from benefiting from the same system of capitalism that allowed him to become one of the richest people in the world. 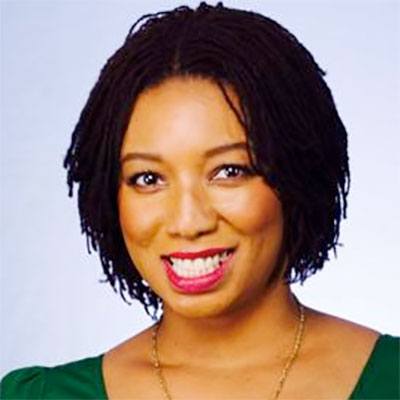 Dhillon on FBI Raid: ‘My Mind Is Blown That This Can Be a Justified Search of a Former President’

Watters: ‘The Espionage Act is for Double Agents and Soviet Spies Not American Presidents’