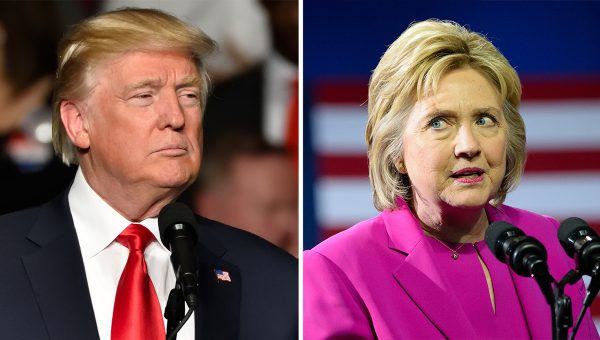 President Donald Trump posted a tweet for Hillary Clinton [1], baiting her into running in 2020 and trying to steal the potential nomination from Sen. Elizabeth Warren (D-Mass.).

“I think that Crooked Hillary Clinton should enter the race to try and steal it away from Uber Left Elizabeth Warren,” the president wrote.

But there was a special condition he wanted to see applied should Hillary opt in for a third humiliating defeat as a presidential candidate.

“The crooked one must explain all of her high crimes and misdemeanors, including how [and] why she deleted 33,000 emails AFTER getting ‘C’ subpoena!” Trump joked.

Of course, the media wouldn’t be nearly as interested in Hillary’s real crimes as they seem to be with the crimes Democrats are fabricating when it comes to President Trump, in our opinion.

I think that Crooked Hillary Clinton should enter the race to try and steal it away from Uber Left Elizabeth Warren. Only one condition. The Crooked one must explain all of her high crimes and misdemeanors including how & why she deleted 33,000 Emails AFTER getting “C” Subpoena!

Would Hillary be as successful at “stealing” the nomination against Warren as she was in doing so to Sen. Bernie Sanders (I-Vt.) in 2016?

Seeing which one of them could lie their way to the top of the Democrat Party would be fascinating, as we see it.

One lies about her Native-American heritage — while another tells tales of dodging sniper fire.

One lies about whom she was named after [3] — and another makes false claims about being fired for being pregnant [4].

Both would be equally as unhinged as they try to placate party leaders such as Rep. Alexandria Ocasio-Cortez (D-N.Y.) and Rep. Ilhan Omar (D-Minn.).

Trump’s impeachment issues have left many people speculating whether or not Hillary Clinton is going to weasel her way into the 2020 Democrat primary.

Steve Bannon, former chief executive of the Trump campaign [1], said recently, “She is running, she’s just trying to decide how to fit her way in.”

The former first lady and secretary of State would run into her own issues, as Trump correctly states, that would negate any of the president’s.

Clinton never has been held accountable for mishandling classified information on a private server.

She never has had to explain why she deleted over 33,000 emails while aides used hammers and BleachBit to destroy their cell phones and laptops.

More recently, she’d have to explain away a report involving a Ukraine official who admitted to working [9] with the Democratic National Committee (DNC) to aide Hillary Clinton’s campaign in 2016.

That’s the very same election interference angle that Trump is being accused of by impeachment-happy Democrats.

Rasmussen released a poll on Monday indicating Trump and Hillary are dead even when voters are asked about a hypothetical 2020 rematch.

All I want for Christmas is for Hillary to run again. https://t.co/n7uogAfLkN [10]

Meanwhile, our allies across the pond are actually putting their money on Hillary in 2020.

A recent report showed bettors in England have been putting their money on Hillary — more so than any other candidate, to win the 2020 Democratic nomination for president.

Perhaps President Trump has put some cash down as well?